You are here Travels with NessieAlaskaCollege Fjord 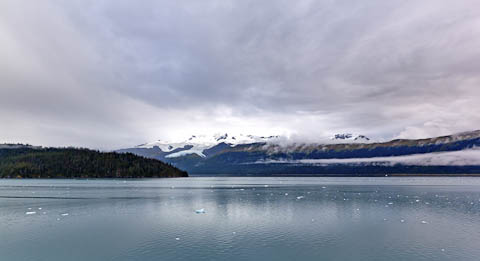 The cruise in College Fjord is one of the highlights of any Alaskan Cruise. The cruise in the Fjord is a full day and provides great views of the mountains around the fjord and the numerous glaciers. 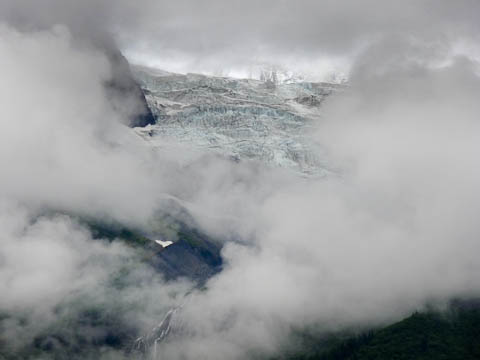 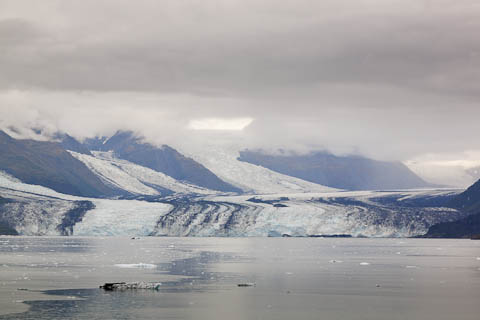 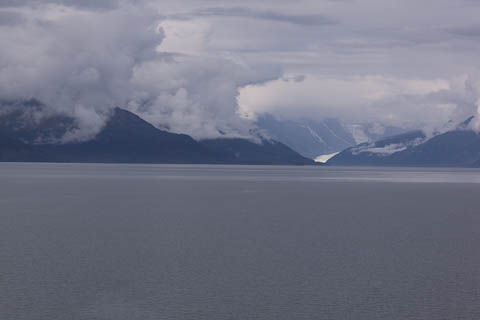 There are five tidewater glaciers, five large valley glaciers, a many smaller glaciers. Most of the glaciers are named after east coast universities.

All the mountains and the upper ends of the glaciers were shrouded in clouds during our cruise. Occasionally the sun would peek through the clouds and we cloud catch a glimpse of blue sky through the clouds. But the glimpses were few and far between. But we could see enough to fully appreciate the beauty of this place.

We were struck by the colors in the glaciers. We expected them to be white. But there are many shades of blue and green and blue-green.

It was worth taking our eyes off the tidewater glaciers and looking at the mountain sides surrounding College Fjord. There were waterfalls running down the mountain sides. The glaciers that were the source of the streams were hidden in the clouds. 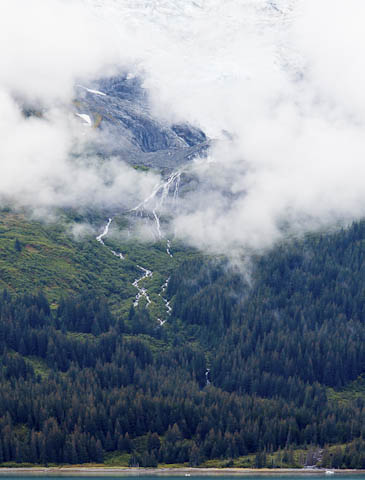 As soon as we entered College Fjord, the captain slowed the ship and allowed us to go to the forward area of the ship. This provided us was great views. But it was chilly and we were glad that we had packed warm jackets. The deck was a bit slippery so we had to walk with care to avoid an unpleasant experience.

When the ship left College Fjord, the Zaandam speeded up, and we had to return to the interior of the ship. Then it was time for a snack and a warm drink. One thing about a cruise ship is that there is always a snack to be had somewhere.