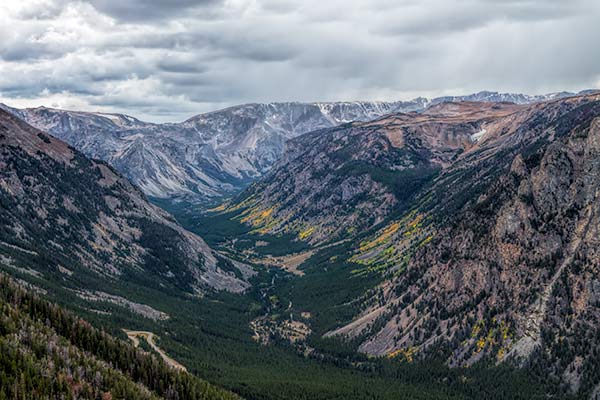 Plenty Coups Chief of the Crows 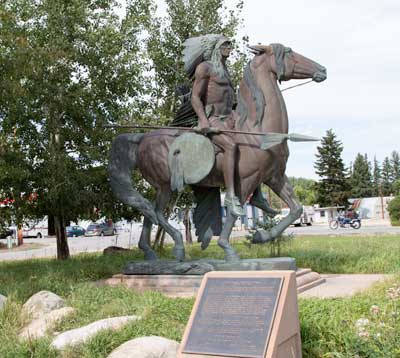 Plenty Coups Chief of the Crows

On the Beartooth Parkway

After lunch we started our drive over the parkway. We made the trip on the Beartooth Parkway on September, 22, 2013. The weather in Red Lodge was cloudy and warm-short sleeve weather. By the time we got to the first stop for photos, the wind had picked up and the temperature had dropped. It was time to get our jackets out. 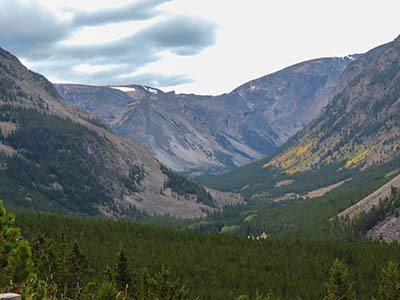 The beauty of the area is breathtaking. You need to be sure to look down into the valley as well as look up at the mountains. There is beauty everywhere.

It would seem that you could cover 69 miles in a couple of hours--and I suspect you could if you just wanted to get from Red Lodge to Cooke City. But we don't travel that way. (It took us weeks spread over a few years to cover the 469 miles of the Blue Ridge Parkway.) We spent a little less 6 hours to cover the 69 miles between Red Lodge and Cooke City. We started to run out of light and had to miss several of the recommended stops. By the time we got the Cooke City it was almost dark and we still had a couple of hours drive to get to Lake Lodge in Yellowstone.

Next time we plan to spend the night in Red Lodge, MT and have a whole day to drive the parkway. 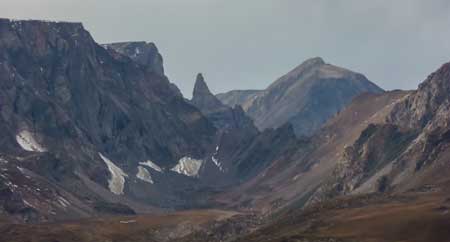 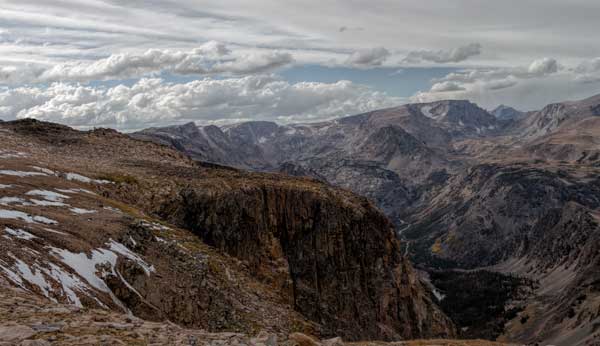 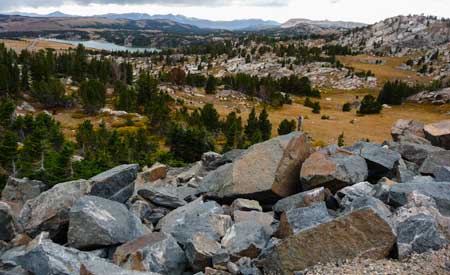 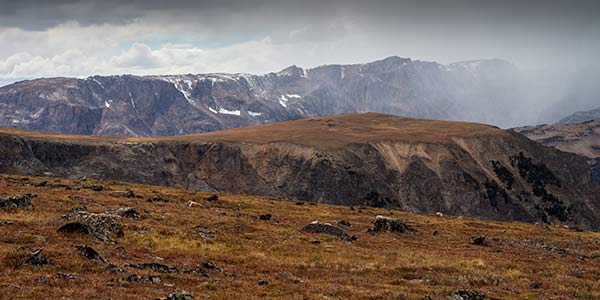 Near the top of the Beartooth Parkway 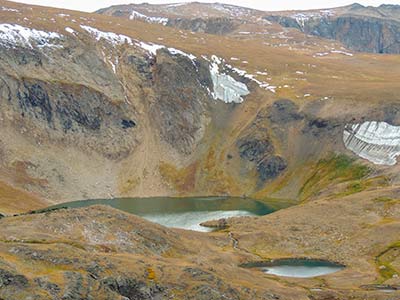 Lake Near the top of the Beartooth Parkway 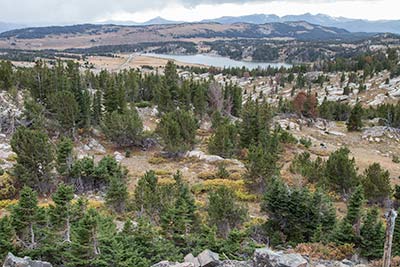 To Cooke City on the Beartooth Parkway 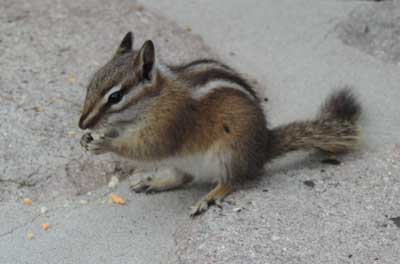 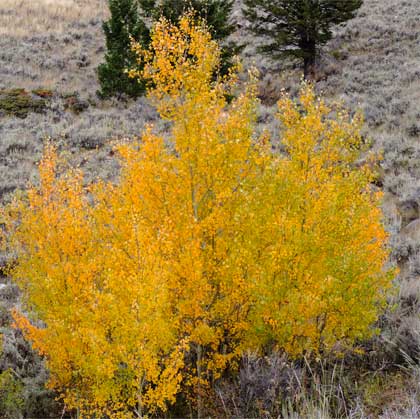 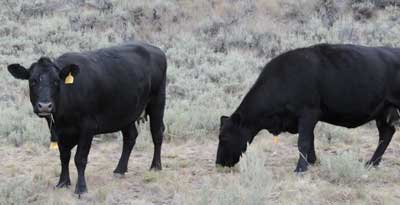 Cows on the highway are something that you need to get used to out west. Large sections of the non-interstate highways are open range which means that cows and other livestock can be encountered on most roads. Even if there are fenced pastures, cows often end up on the wrong side of the fence. Not to mention deer.