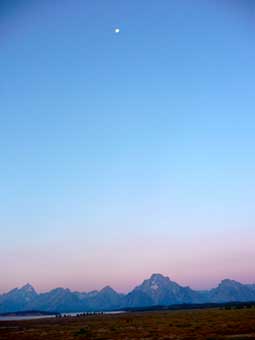 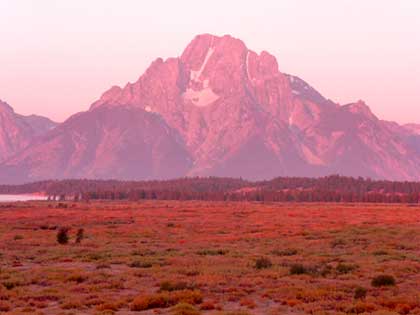 We got up early the first day of our stay in Grand Teton National Park to catch the sunrise. Unfortunately it wasn't a particularly pretty sunrise. No clouds to reflect the light. But it was still a great experience. It was really chilly too--almost downright cold. We thought about getting up the next day to see if things would be better, but it rained so we slept in. 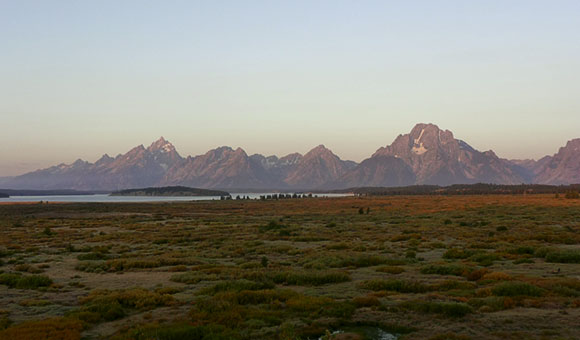 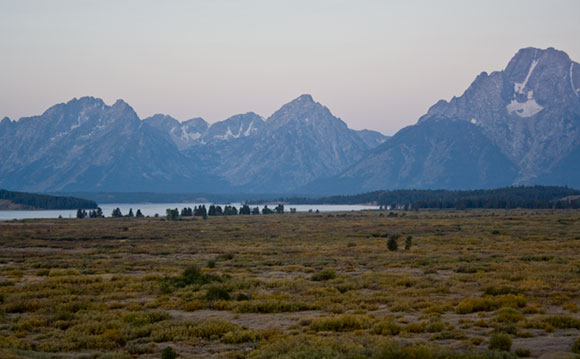 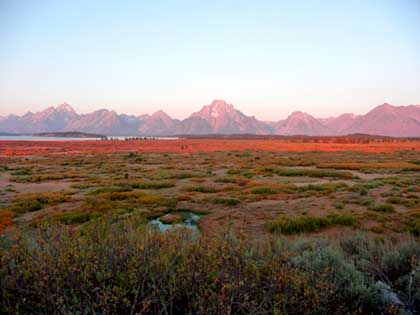 There were a few people that got up hoping for a nice sunrise. Many of them gave up after several minutes and went back inside the lodge. But we stayed out, hoping that things would improve. The light changed fairly quickly once the sun came up.

We took lots of pictures and video hoping that the sunrise would improve. But it didn't. One more thing to do next time we get back. 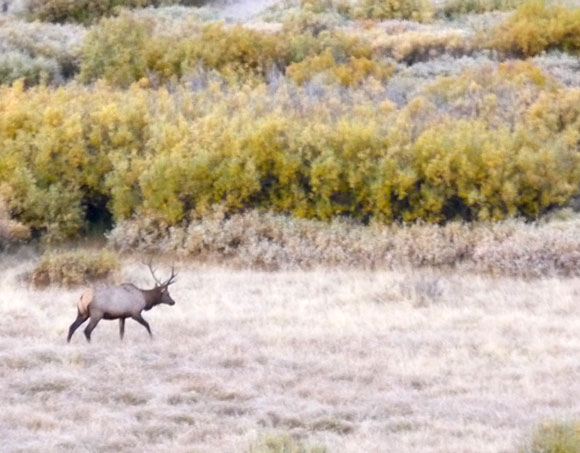 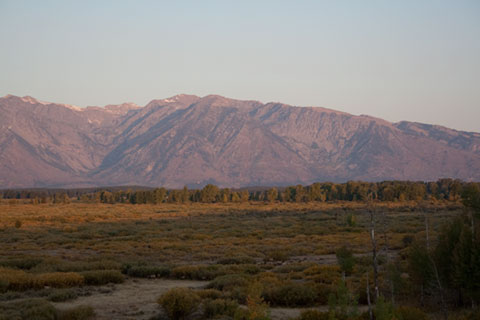 One advantage of getting up early was that we got a good view of the elk. Several different groups came out of the woods for an hour or so before heading back to the woods. The bull in the picture seemed to be the boss and many of the cows that came in alone or with another bull tried to sneak off and join him. 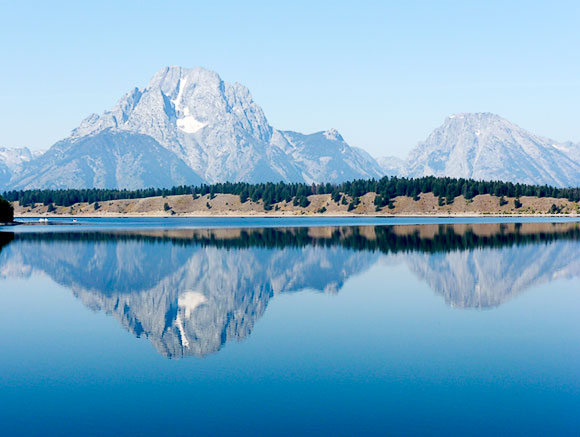