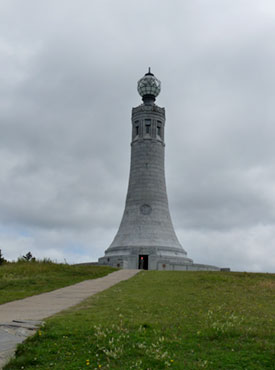 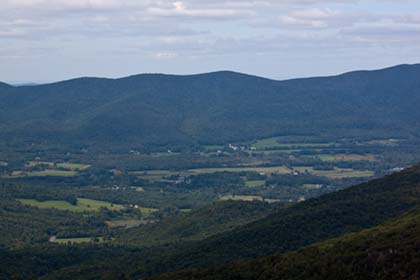 We were pleased to discover that the road up Mount Greylock had reopened in 2009. The day we drove up was rather cool and overcast but with great visibility. It started to clear as we reached the summit. There are several turnouts on the road that provide great views of the surrounding area. 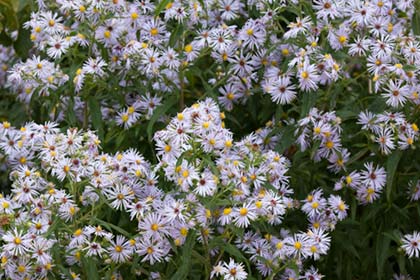 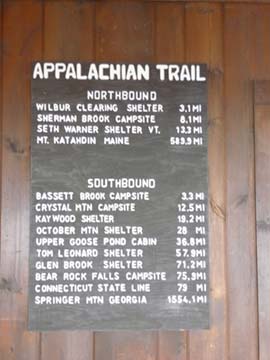 The Appalachian Trail passes through Mount Greylock. Its Thunderbolt Shelter is a major stopping point for those using the trail. Mount Greylock is about 590 miles from the end of the trail in Maine and 1,554 miles from its start in Georgia. So for those headed south on the trail, there's a long hike ahead.

Bascom Lodge is a rustic stone and wood Lodge that was built by the Civilian Conservation Corps in the 1930's to provide accommodations for hikers and vacationers. It proivdes food and lodging for visitors. Reservations are required for rooms, breakfast, and dinner. The lodge is closed in the winter. 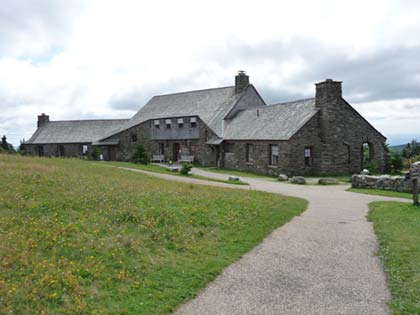 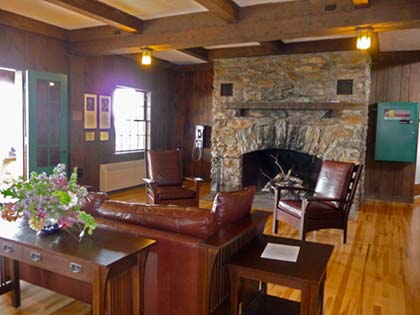 The summit of Mount Greylock is the site of the The Massachusetts Veterans War Memorial Tower. The tower is shaped like a lighthouse. According to one website the memorial was originally slated for Boston Harbor.