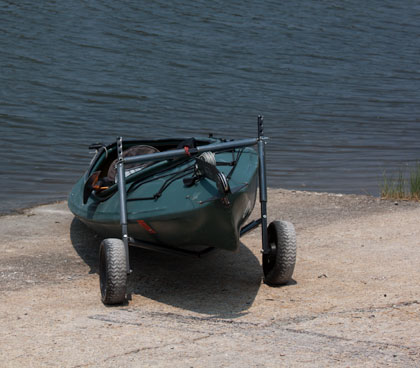 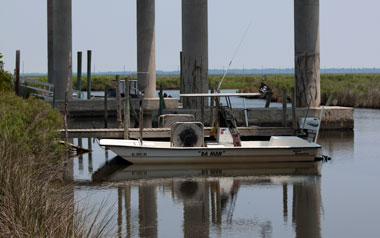 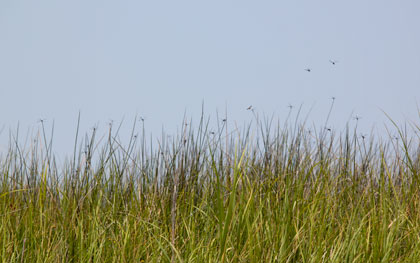 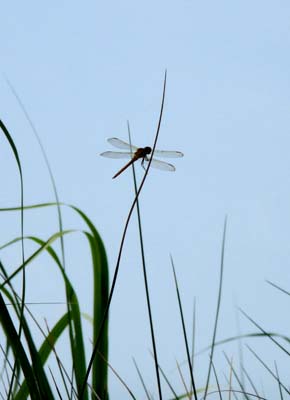 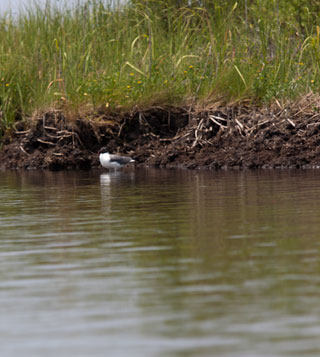 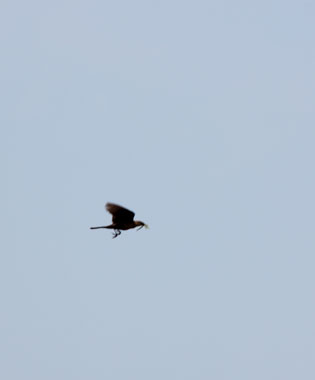 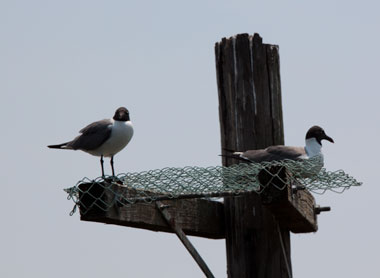 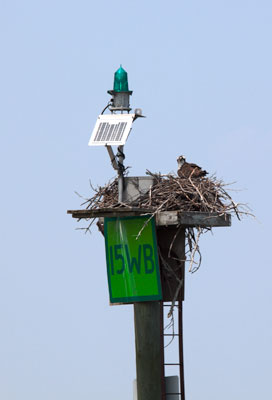 The Cedar Island Wildlife Refuge is at the southern end of Pamlico Sound. The refuge is mostly brackish marsh and provides some nice paddling. There are two launch sites (one at the end of Lola Road beyond the refuge field office and another next to the the Bridge on Hwy 12). We launched from the site next to the Thorofare Bridge. Some improvements to improve access to the refuge were underway next to the bridge.

The parking places near the boat ramp were occupied by cars associated with the construction. So we had to park the minivan a fair ways from the ramp. We were glad to have the wheels for Nessie so we didn't have to carry her to the ramp.

When we got into the marsh area, we found hundreds of dragon flies flying around above the grass and the water. This must have been mating season. I had never seen so many dragon flies in such a small area.

While the dragon flies were plentiful, we didn't see many birds. A single bird wading, a small bird flying home with some nest building material, a egret headed somewhere, and a couple of gulls resting. And then there was an osprey in the nest on the navigation aid.

This was a very hot day and I was reminded of the quote Mad dogs and Englishmen go out in the midday sun. I suspect that most of the birds had found a place to hide from the sun.