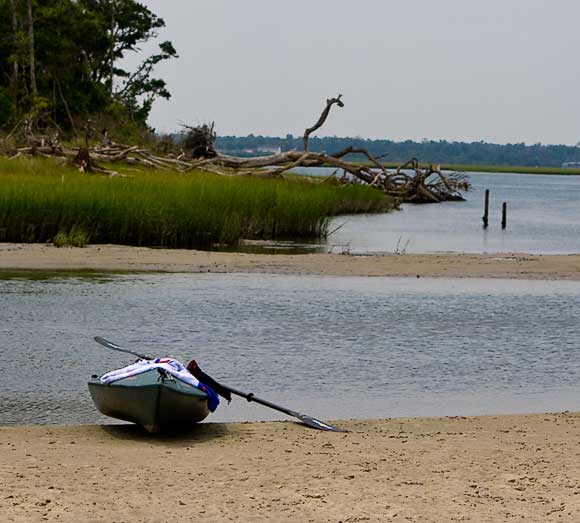 Eastern North Carolina is a great place for kayaking. The rivers, lakes, and sea in the eastern part of the state provide paddling for all levels of expertise. There are short trips and multi day trips. All of them are beautiful. 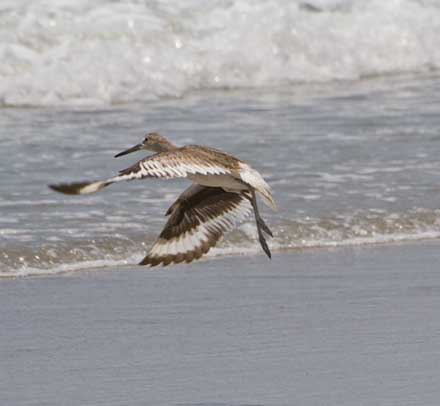 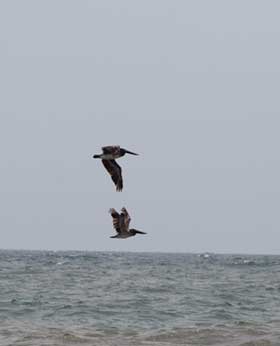 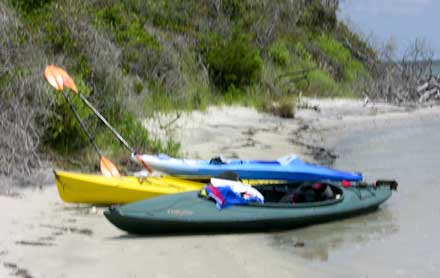 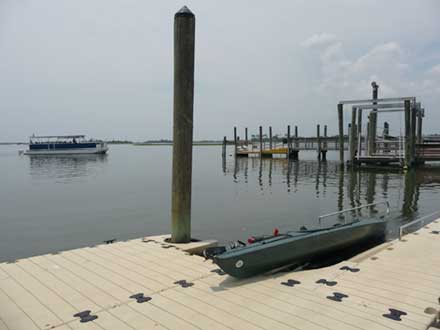 There are several good books listing some of the better places to paddle. These include:

We've found that we can find a good paddling spot almost anywhere on the North Carolina coast. We just look for a NC Wildlife sign and a boat ramp. Then we take Nessie off the top of the Minivan and paddle off to see what's there. We usually see lots of birds. When we get tired of paddling, we jump into the water and cool off. We find sand dollars and other interesting things in the water.

When you're paddling on the coast, you need to pay attention to wind and tide. If you go somewhere at high tide, you can find yourself out of water at low tide. You then have to get out of your kayak and drag it to water. Not the most fun way to travel.

Paddling against the tide and/or the wind can be a real chore. It can take all the fun out of a day's paddle. On windy days, you can often find sheltered places to paddle if you stop in at one of the many paddling stores and ask. You might have to drive a bit further than you planned. But you can still get in your paddle.