Your are here Travels with Nessie Exploring GeorgiaSavannah GA 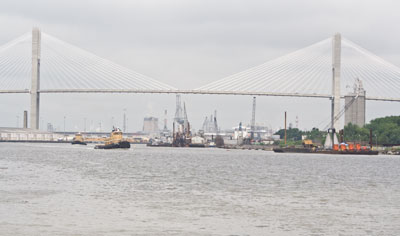 Savannah, GA is one of our favorite cities. We used to go there every year for the Scottish Game when our daughter was competing; but haven't been there for several years. In 2007 and 2009 we finally had the time when we returned from short trips to Florida. 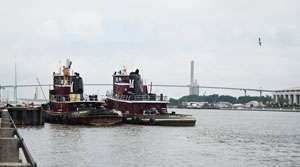 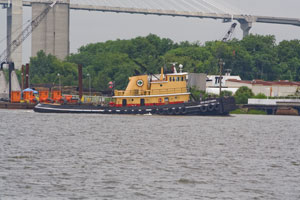 Our favorite area is the waterfront. Savannah's waterfront is still very much a working waterfront, with large ships moving up and down the river and tugs moored on the banks. A working waterfront is a very interesting place, with ships from all over the world plus the tugs. There are also the tour boats and the water taxis that take people over to the hotel complex across the river. And, of course, there are a few pleasure boats. 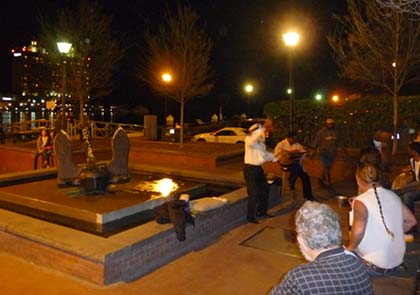 There is also usually a group or two of musicians playing and singing. The gentlemen in the picture have been performing as long as we've been going to Savannah. They put on a great show.

On the weekend there is usually an art show or something going on in the public spaces.

The building fronts and the view of the top of the churches in the distance are one of the major sights in Savannah. We were glad to see that the Irish pub was still there. Several of the businesses that we had visited in the past were no longer there in 2007 or in later visits. 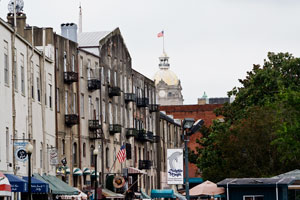 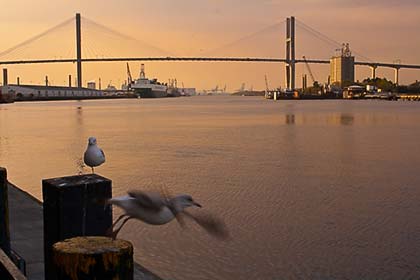 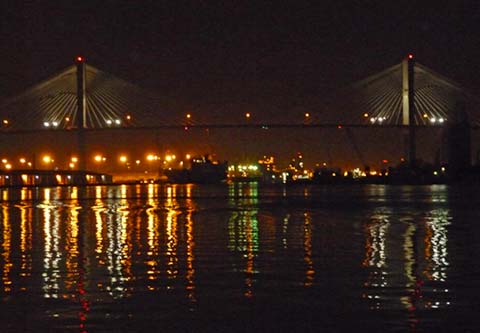 The stairs leading down the the waterfront are steep and uneven. You really need to watch you step. A few weeks of walking up and down these stairs would be a great conditioning program.

The trees and grass on the street above the waterfront provide a different atmosphere. Just walking up the stairs puts you into a different place. 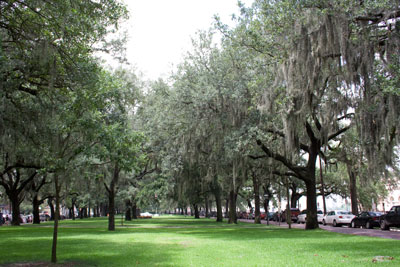 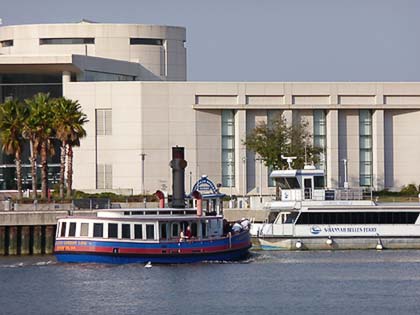 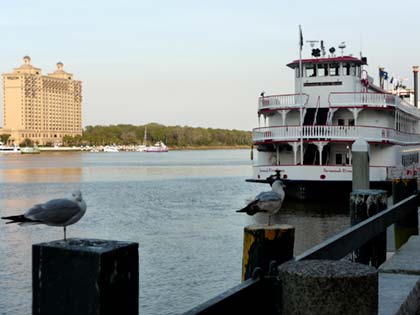 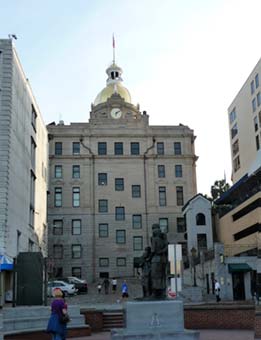 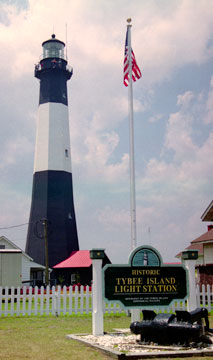 Go to Savannah Photos for more photos of Savannah.