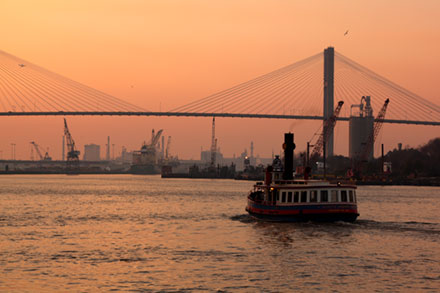 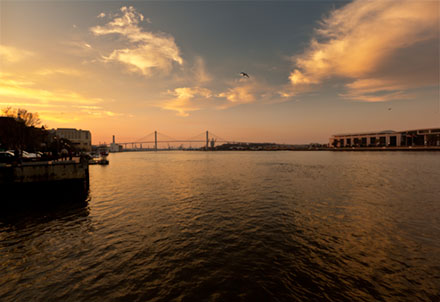 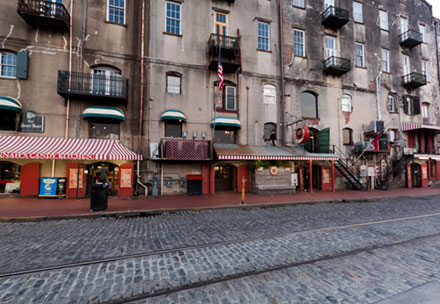 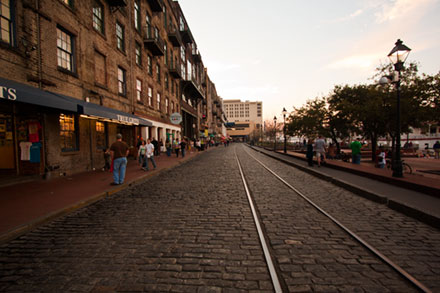 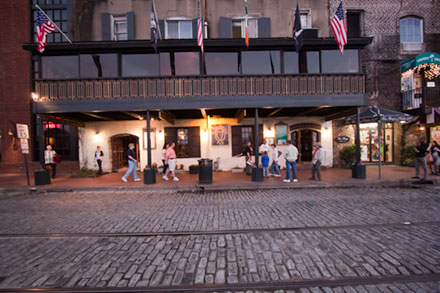 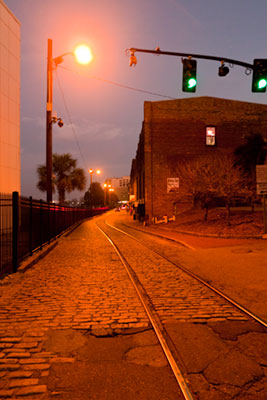 In February 2011 while on our way to Florida, we stopped in Savannah, GA to break up the trip. After we got settled in our motel, we headed for River Street for a short walk along the river and dinner. We really enjoyed the walk because the weather was great. Quite a change from the winter weather we've been having in North Carolina.

Even though we were there on a Friday night and the weather was great, there wasn't much happening along the river. Evidently February is not the time when people visit Savannah.

There were a couple of street musicians but they gave up and left before it really got dark. Not enough foot traffic along River Street to make it worthwhile for them to play. The gentleman that we used to see and hear wasn't one of the musicians we saw. Wonder where he is.

We had hoped to have a beautiful sunset. But at first there were no clouds anywhere, so all that happened was that the sky turned pinkish everywhere. A bit later, we got lucky and some clouds showed up. Much better for pictures.

We had a good time walking around and enjoying the warm weather. We missed the musicians we usually see. Guess we'll have to plan another trip later in the year.

We always enjoying walking along a working waterfront. Boats are always interesting. 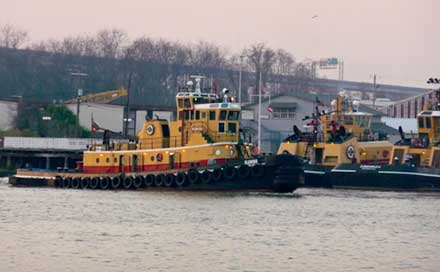 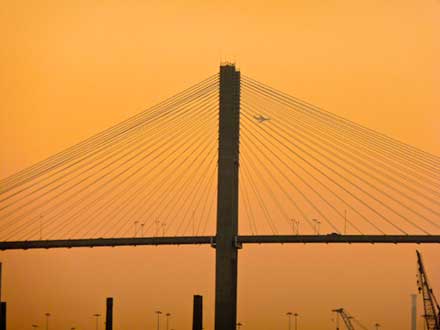 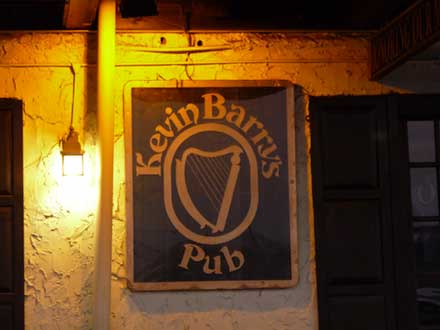 We had a chance for a short visit to Savannah on a Sunday night in early June 2011. The number of people walking along River Street was even less than in February. There weren't many people anywhere. The weather was great. 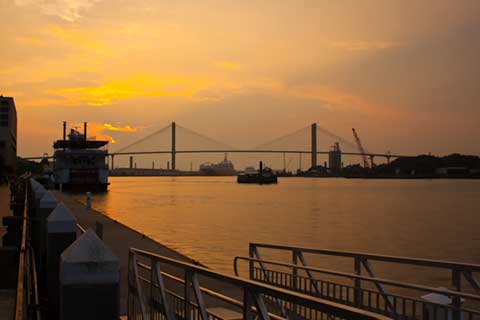 We noticed a lot of smoke during our drive across Georgia and it was present in Savannah. The smoke did make for an interesting sunset.

One change we noticed on this visit was that many of the bars/restaurants had music that was blaring out over the waterfront. All the other times we've been in Savannah, the music in the bars has not been noticeable until you got in the doorway or very close. The effect of this loud music was that it drove all the street musicians away. A couple tried to set up, but it became obvious that unamplified voice could not compete with the loud amplified sound coming from the bars and restaurants. We felt that this was a minus for the experience we were used to on River Street.

After dinner we walked along Bay Street (the street above River Street). We had never paid much attention to this part of Savannah before. It turned out to be a nice and very interesting walk. We'll spent more time in this area of Savannah on our next visit. 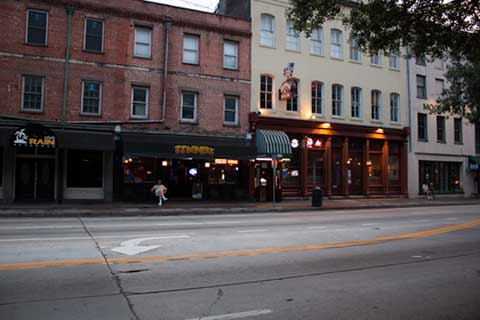 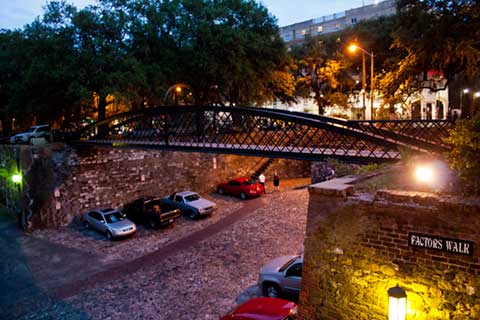 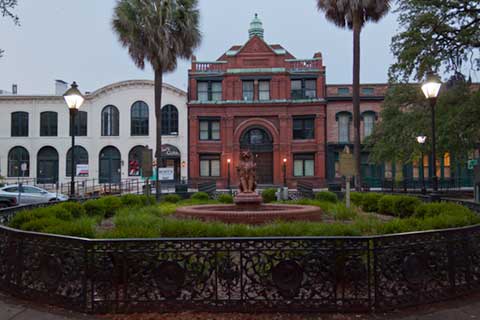 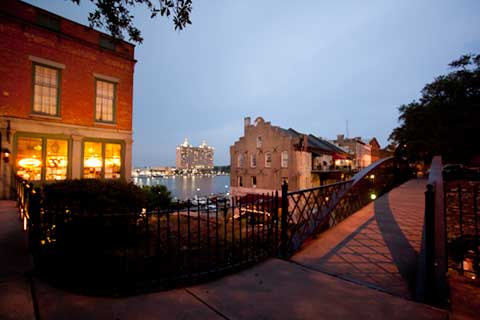