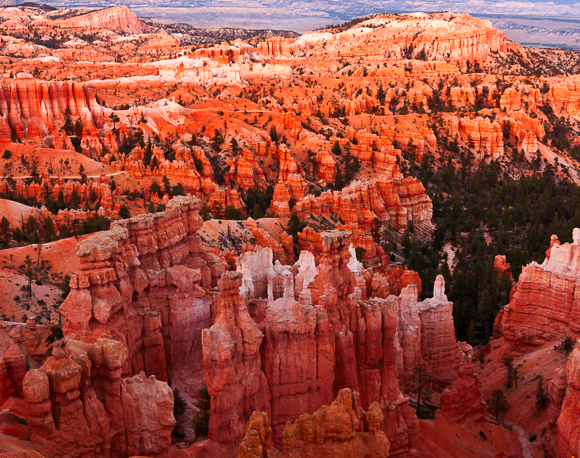 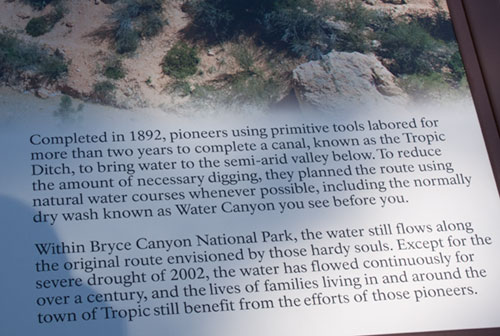 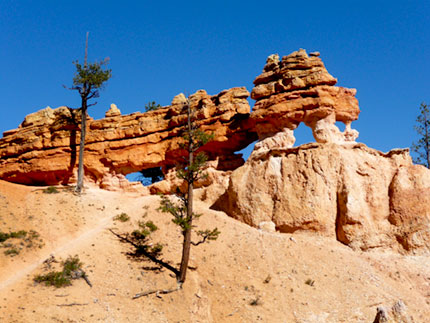 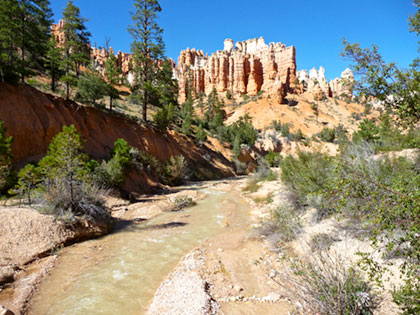 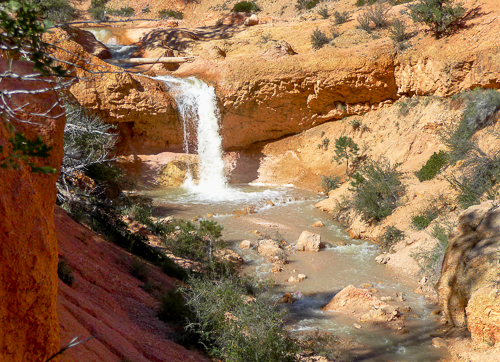 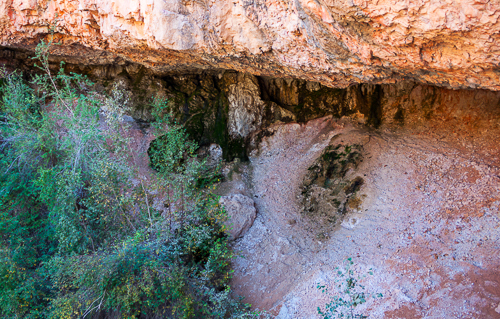 Our first stop in Bryce Canyon National Park was a short visit to Mossy Cave. This is a small part of the park, just off of Scenic Highway 12. The trail follows the Tropic Ditch that was dug by early pioneers to bring irrigation to the desert. In order to minimize the amount of digging they had to do, they tried to follow existing water features when possible. In this case they followed a drainage feature that was normally dry. An unintended consequence of digging the ditch, is that the stream is carving a water canyon in the desert. The hoodoos here will eventually fall.

This digging of ditches to move water from one place to another is a continuing story in the west. The desert blooms with water and farmers prosper. However, the water was generally not in the right place so the pioneers had to move it to where it was needed--big rivers like to Gunnison and Colorado were moved as were smaller steams like the Tropic. Amazing engineering efforts.

Mossy Cave is a small grotto or shelter cave where a small spring starts. The spring is fed by water that slowly seeps through the rocks and provides a constant flow of water year round. It is a cool spot in the summer and one of the few sources of water in the desert.

The slow flow of water keeps the cave moist and hospitable to moss and other plants that normally would not survive in the desert. In the winter, the water freezes and the cave fills with icicles. The sign at the cave says that because the cave is sheltered from the sun, ice is often present well into summer.

This small part of Bryce Canyon National Park is very different from the rest of the park. It's a water feature in the middle of the desert. Something that we didn't expect.

We came back to Bryce Canyon National Park proper a few days later.

Back to Bryce Canyon National Park 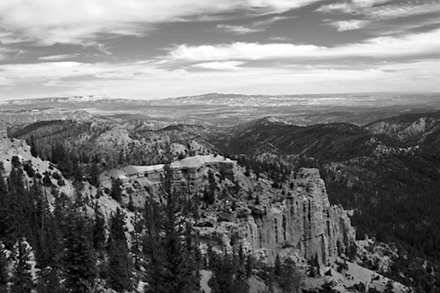 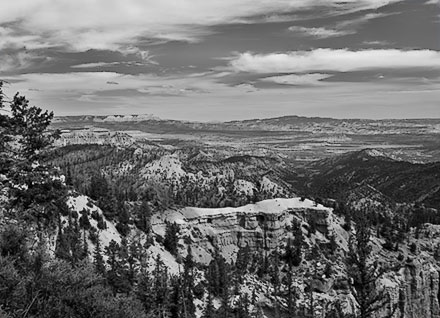 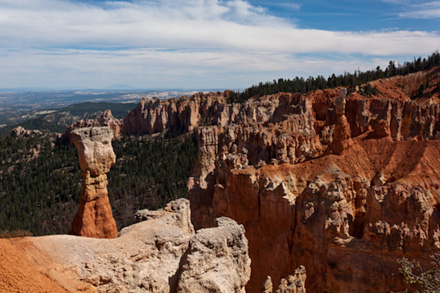 We got back to Bryce Canyon a couple of days later. We didn't get there until afternoon because we had to have the oil changed in the mini-van. Our late start limited the time we had for exploring the park. One more thing to leave for next year.

The huge impact of lighting on the landscape in the Southwest is amazing and nothing like what we're used to in North Carolina. Before sunset the reds a muted and you can easily see white bands in the formations. The areas in shade are somewhat saturated. 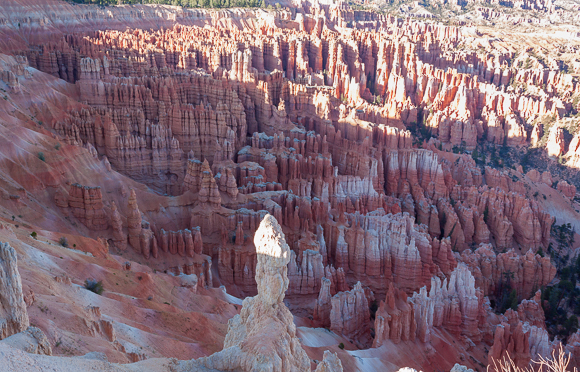 The reds and other colors in the various formations come to life at sunset and at times seem almost unreal. The colors change rapidly as the sun goes down The sunset seemed to last longer here than back home. Twilight is especially long. 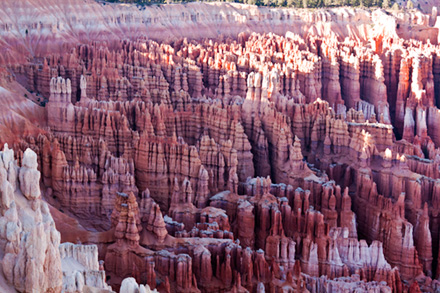 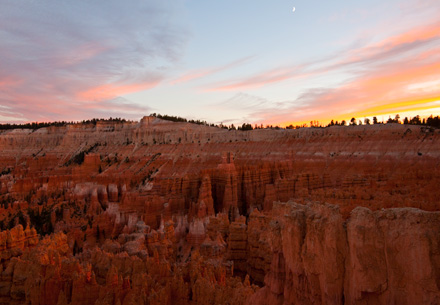 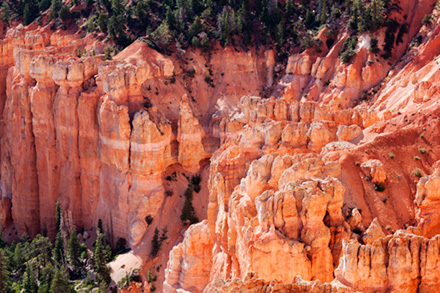 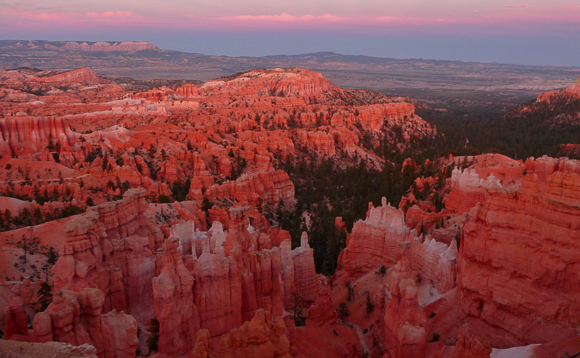 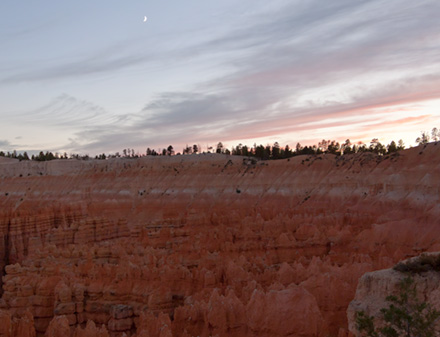