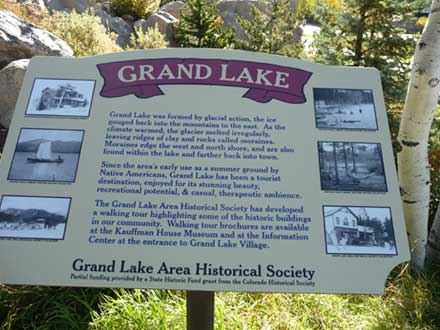 How Grand Lake was formed. 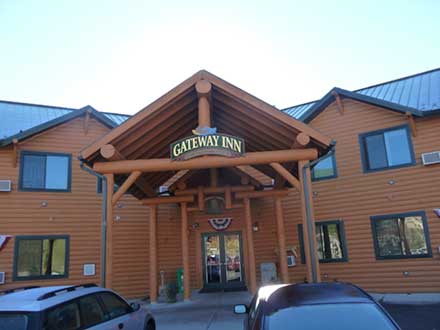 We spent a little time exploring the town of Grand Lake, Colorado, before he headed to Rocky Mountain National Park. Grand Lake is an interesting small town. It was pretty empty on Sunday Morning in late September. We saw a jogger and his dog and that was about it.

All the shops and museums were closed. It looks like this would be an interesting town to visit on a later trip. 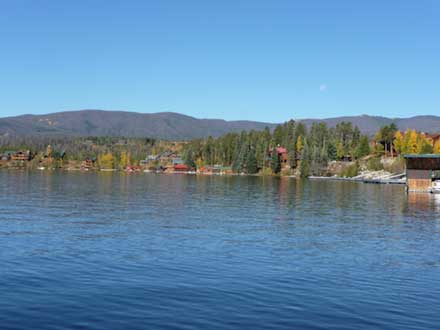 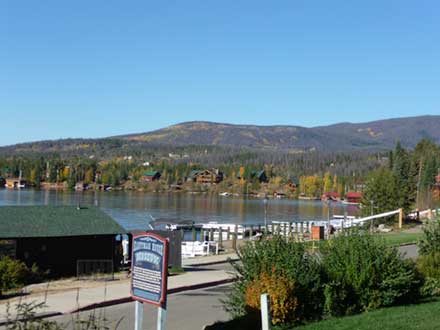 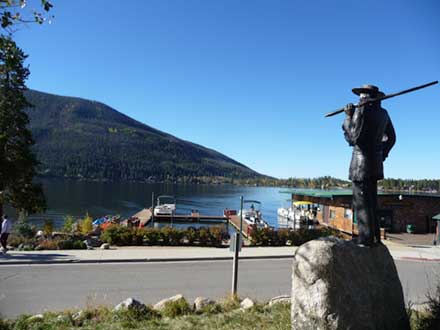 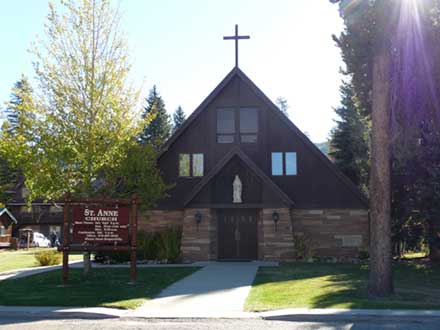 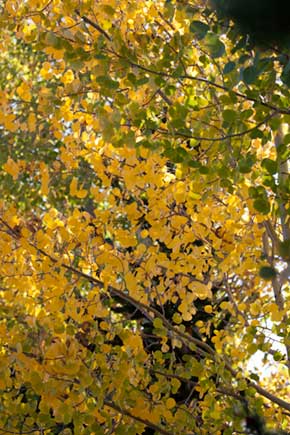 Grand Lake is the home of the world's highest registered yacht club and the nation's highest altitude golf course with grass greens. The lake, Grand Lake, is the largest natural body of water in Colorado.

The setting for Grand Lake is hard to beat. The lake in the foreground and the Rocky Mountains all around.

When we were there September 26, 2010, the weather was great. Everyone commented that this was more like summer than late fall.