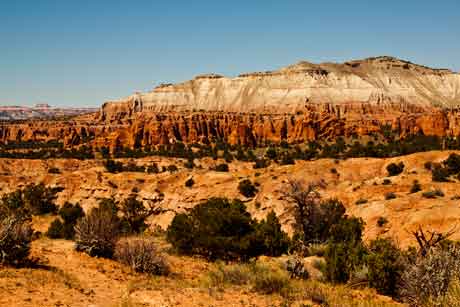 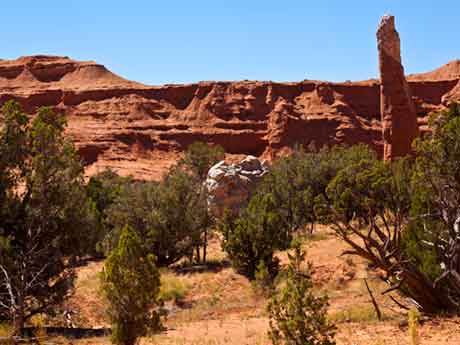 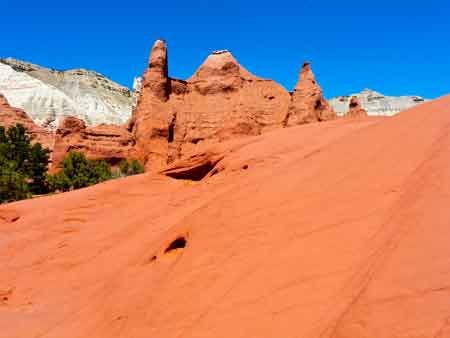 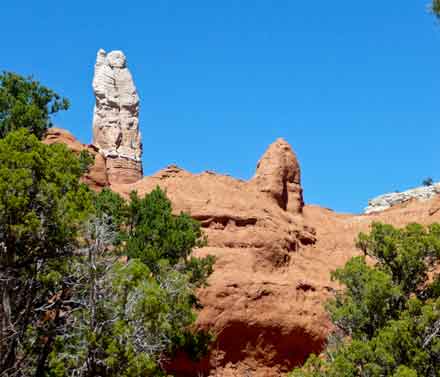 The colors of the landscape change as the lighting changes. It was first called Kodachrome Basin by a team from the National Geographic because of the colorful nature of the landscape. Utah officially named the park, Kodachrome Basin, after Kodak assured them that the company did not object to the name. Now that Kodachrome is gone, I suspect that the next generation won't have any idea of the appropriateness of the name. 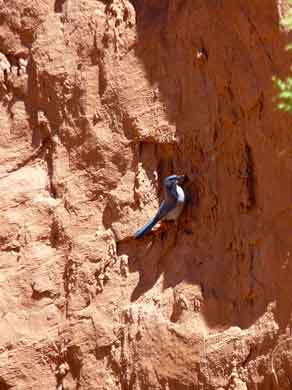 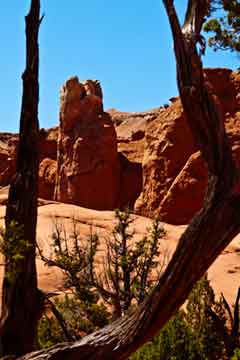 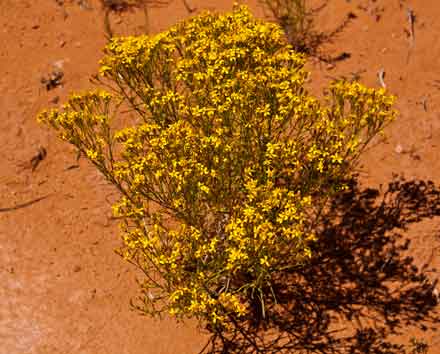 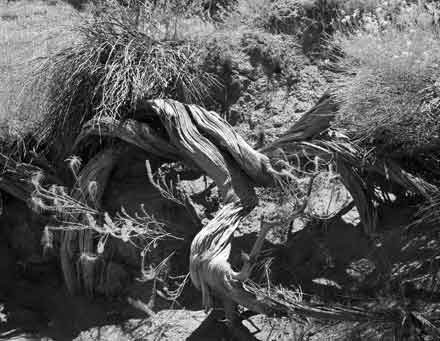 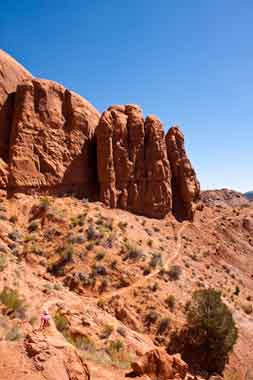 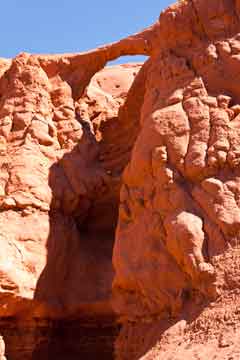 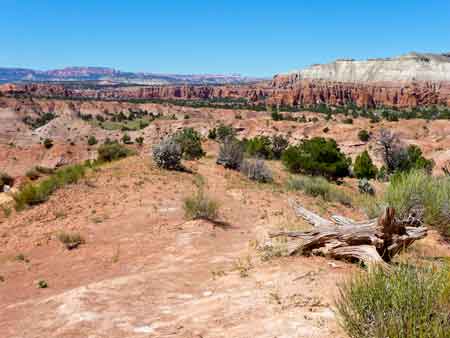 There are several trails in Kodachrome Basin State Park. We had time to take a couple of hikes and enjoyed them. One hike was a very easy nature trail. This trail introduces us to many of the plants in this part of Utah. Because we were there in September, very few of the wild flowers were in bloom. The stunted trees were evidence that this is a harsh environment. We did see one bird while on this hike. We also did part of the Grand Parade Trail, but started to run out of time. We wanted to do the Shakespeare Arch hike and still had several hours of driving ahead of us.

The other hike we had time for was a longer hike to Shakespeare Arch and Sentinel Spire. This proved to be a bit longer than the park brochure advertised, but it was well worth the hike. Shakespeare Arch is the only large arch in the park. The trail is often just a narrow mark in the slick rock.

One unadvertised beauty of the trail is the great view of the Grand Escalante National Monument you get from the trail.

We'll allow more time for the park during our next visit. We'll take all the hikes then.