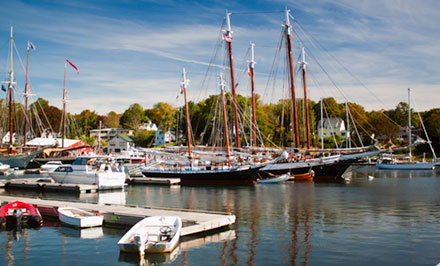 Along the Maine Coast 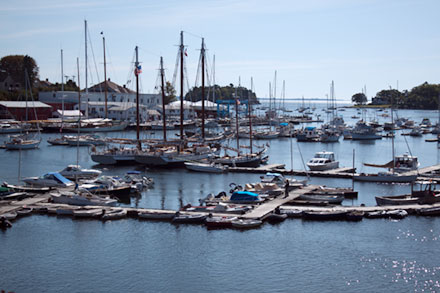 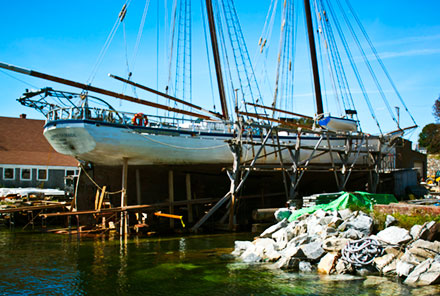 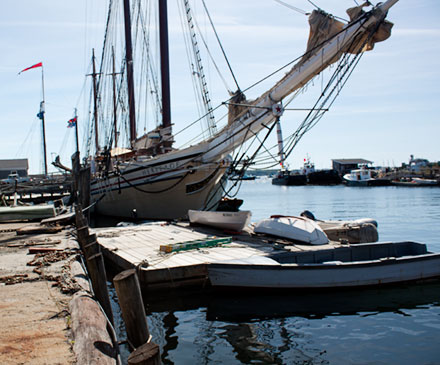 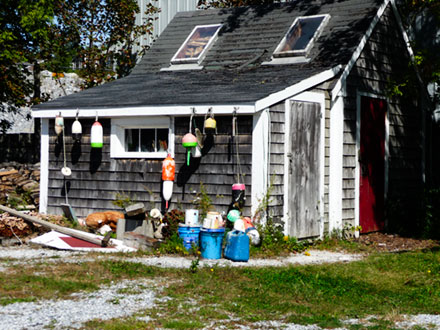 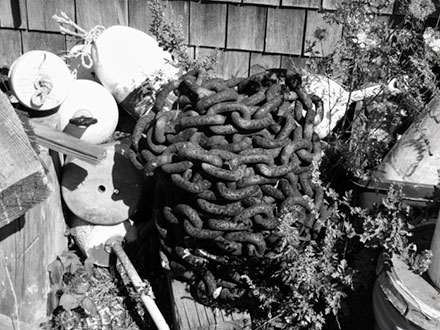 Tools of the Trade--Chain and Lobster Floats 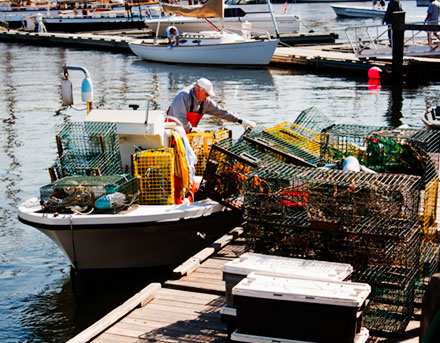 As we started our drive home, we had a little bit of time to stop at some of the harbors along the Maine Coast. We wanted to look at the tall ships and visit one more lighthouse before we had to leave.

We found several tall ships in the various harbors. Unfortunately, none of them were under sail. They were all moored. Or in one case in dry dock being worked on.

We planned to walk out to the lighthouse. The wind was really strong. One guy on a wind surfer was having a great time. By the time we got about three quarters of the way to the lighthouse, the causeway was being overrun by the waves. So we gave up and headed back to the minivan.

On our way back, we saw a couple of lobster floats that had broken away from their traps. We took a picture or two and left the floats for their owner to recover.

Then we had to get on our way back to North Carolina and start planning our 2010 adventure. 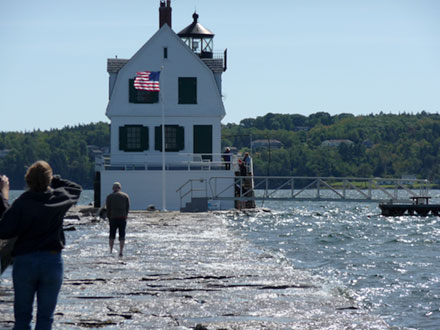 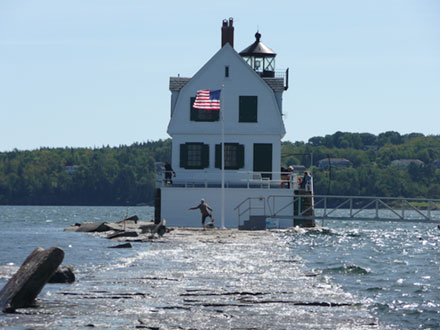 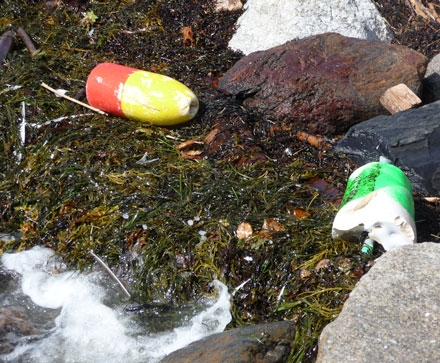