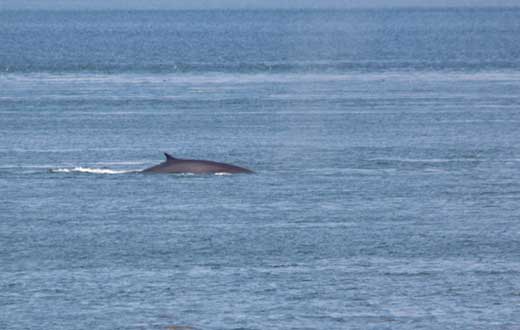 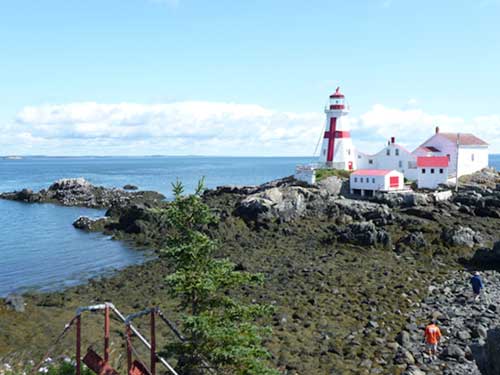 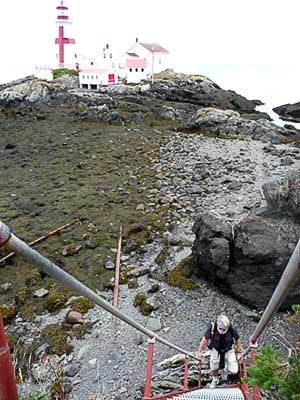 The East Quoddy Lighthouse is located at the tip of Campobello Island. Because of the extreme tides in this area, the lighthouse can be reached only at low tide. We were lucky enough to reach the parking lot for the lighthouse just as the path to the lighthouse was opened. 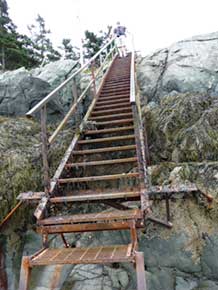 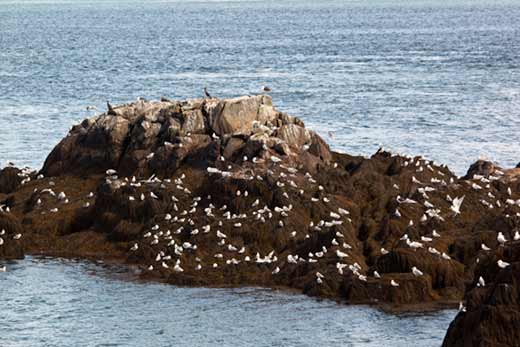 Although the lighthouse and the birds on the rocks around the lighthouse are reason enough to visit, the main reason for visiting the East Quoddy Light is to see the whales.

The whales cruise up and down the water here looking for food. This year (2009)

everyone said was the best year for whales in memory. Storms off the coast had chased the food up to the Lubec, Campobello area and all the whales had followed it. 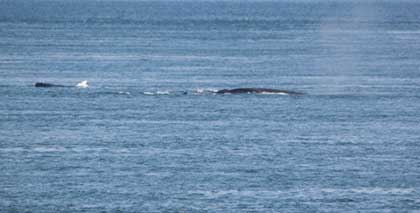 People who know their whales said that there were several different types of whales putting on a show. Right, Minke, and Blue whales were all supposed to be in the area. They put on quite a show for us. We had never seen so many whales in one spot before. All the local people assured us that this was a rare event. 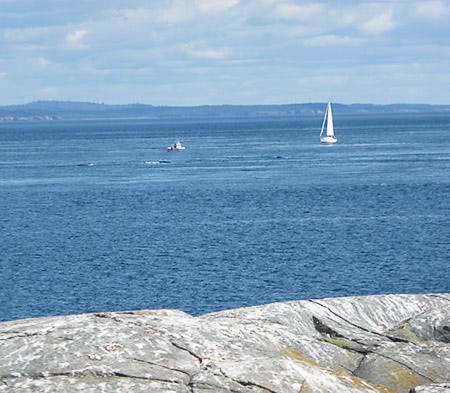 All the people around us were throughly enjoying the sight. One gentleman had taken the day off to celebrate his birthday by coming to view the whales.

Of course the people in the whale watching boats got an even better show, but we had a great time watching. Taking the whale watch boat is just one more reason for a return trip.

We had to watch the clock to be sure that we didn't get trapped at the lighthouse by the tide. So we left the whales and explored more the the island. We planned on coming back to see what the effect of the high tide was. 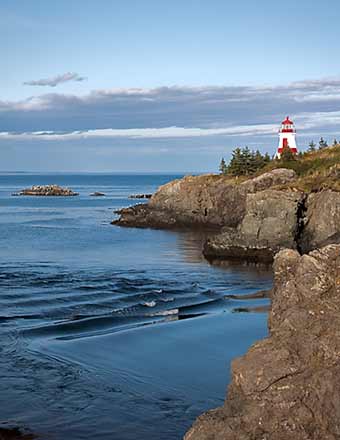 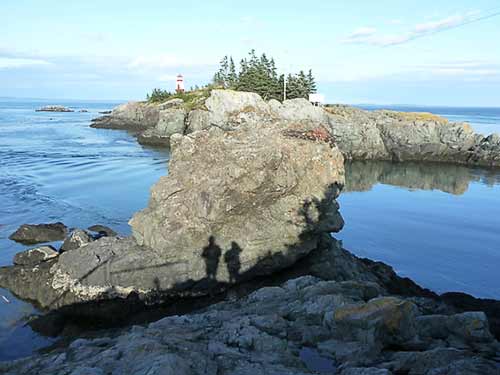 After exploring more of the island, we came back to the lighthouse to see what it looked like at high tide. The dry beach that we walked on earlier was under several feet of very fast moving water. The tides here rise at about 5 feet per hour which is quite fast. There is no way a person could survive trying to walk across the path to the lighthouse under these conditions.