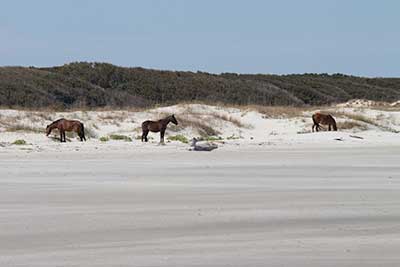 Cumberland National Seashore is located on Cumberland Island, one of the few undeveloped barrier islands in Georgia. The only way to get to the island is by boat-either private or National Park Service ferry. The ferry leaves from the Saint Mary, Georgia waterfront. The ferry can get crowed, so it is best to make advance reservations. We visited the seashore in March 2013 and the ferry was not full but there was a good crowd.

When you get off the ferry, you have walkways in the shade of moss covered trees. Even in March the shade was welcome. It should be noted that you need to take everything you need to the island. There is water in a few places but no food. 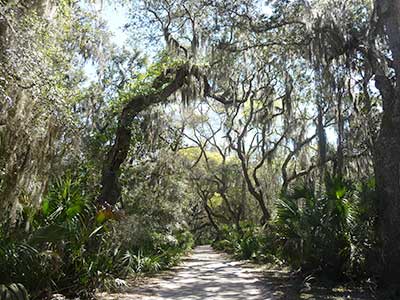 Because the ferry takes you to the southern end of the island, our time was spent exploring the ruins and buildings left behind by the Carnegie family and the undeveloped beach. The Carnegies built here starting in the late 1800s. The compound of ruins and still standing buildings are a testament to the wealth that the Carnegies had accumulated. 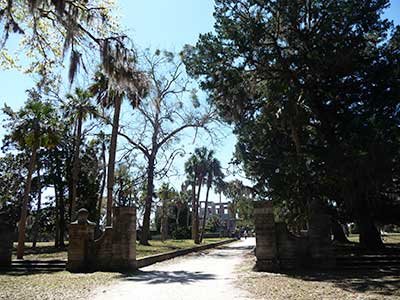 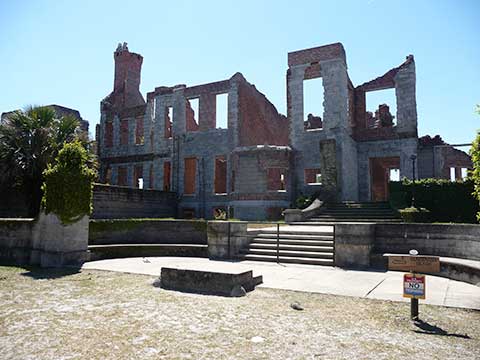 Another view of ruins

As we wondered around we came across a collection of junk cars. These were cars that were really something in their day. You only see examples of them at car shows and museums now. 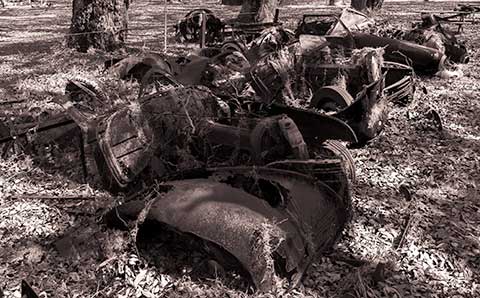 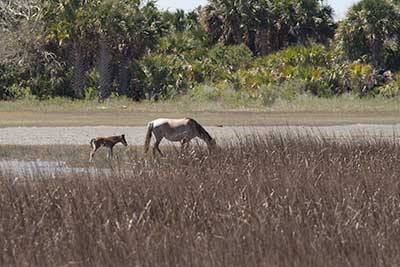 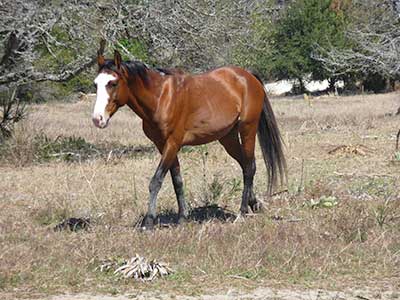 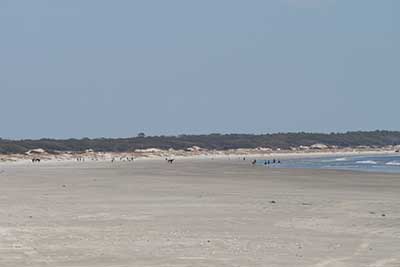 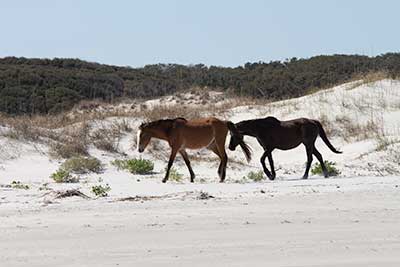 After we had explored the buildings and ruins we headed for the beach. The beach is a long expanse of undeveloped white sand. It is one of the nicest beaches we've seen on the east coast. The beach was relatively uncrowded but it has to be shared with the horses.

We caught the last ferry off the island and returned to Saint Mary's for dinner. 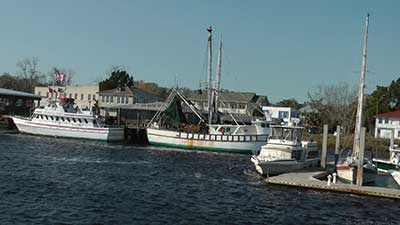