You are here: Travels with NessieTrip WestBadlands of South Dakota

As part of our long 2008 trip west, we planned a short stop at Badlands National Park. We figured a short on run through  the park and then we'd get to our hotel in Rapid City. We suspected that we had not allowed enough time , but something had to give to keep the trip down to three weeks. We really had no idea what to expect when we planned to visit the Badlands of South Dakota National Park. I more or less pictured a place with broken rocks more or less like some of the places I know growing up in Western Colorado. Our first suspicion that we were wrong came from our firs view of the land leading into the park. 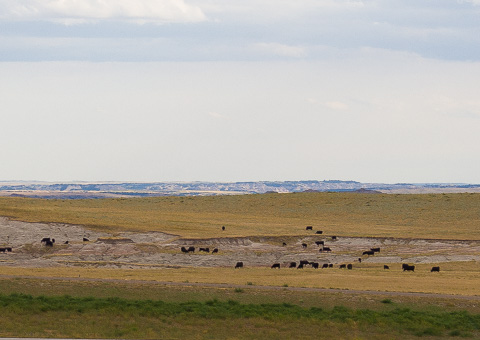 Prairie before getting to Badlands National Park 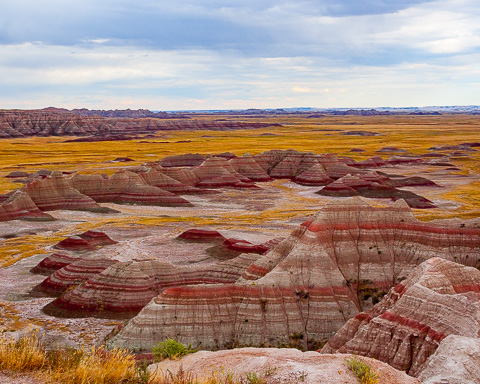 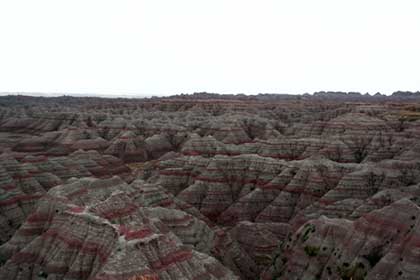 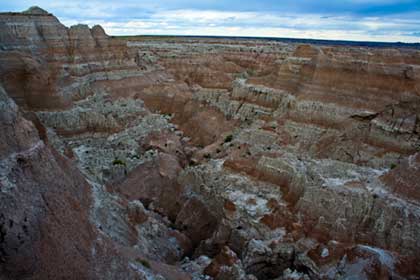 When we arrived in the afternoon, the weather was a mix of sunshine, clouds, and drizzle. The constantly varying weather meant that the light on the Badlands was also constantly changing. The changing light meant that the colors also changed. Adding to the changing colors was the fact that we stayed until dark, so we got the late afternoon light. At times the colors were drab and at other times they were almost too vivid to seem real. Amazing what changing light can do. 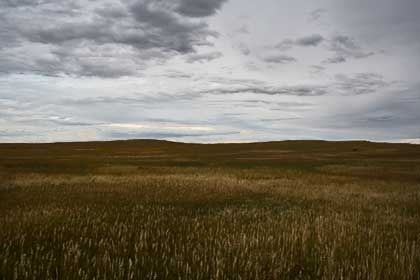 The Badlands is Prairie--in fact it is the largest protected mixed grass prairie in the United States. The contrast between the flat prairies and the eroded buttes with their spires and pinnacles is amazing. Eventually the butts we be eroded down to the level of the prairie below.

We were blown away by the beauty of the place and realized that we had allocated way too little time for our visit. All we could do was stay until it got too dark to see anything. We agreed that we would come back in a future trip. Which we did in 2012. 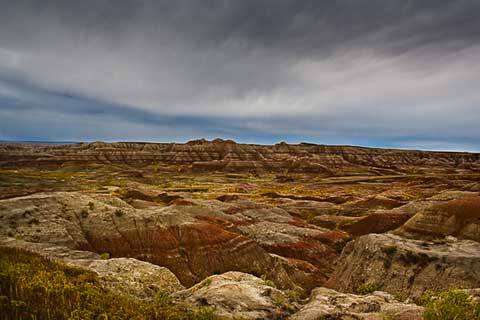 We were a bit concerned when we saw a sign saying be aware of rattle snakes on one of the short hikes we took. But we didn't see any snakes. 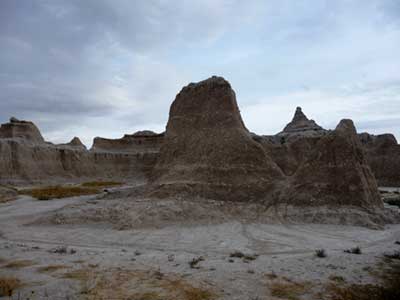 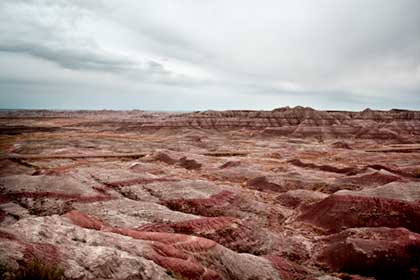 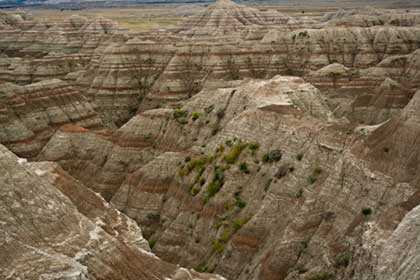