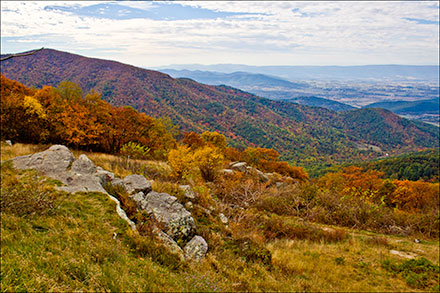 Shenandoah National Park runs along the crest of the Blue Ridge Mountains. The Shenandoah Valley lies to the west and the Piedmont region of Virginia lies to the east. The views in both directions from the top of the ridge are beautiful-- especially in the fall when the leaves have turned colors. 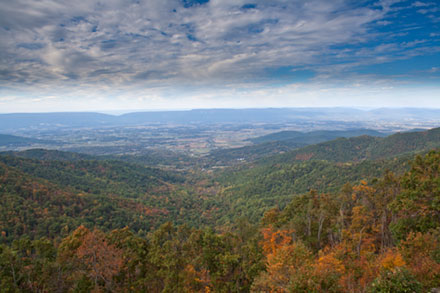 Along the Skyline Drive 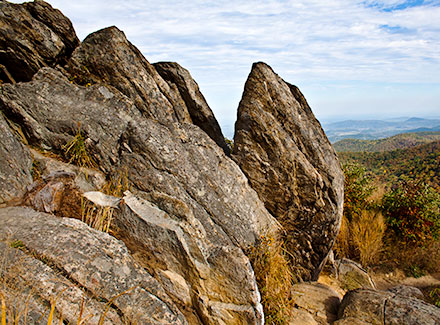 Along the Skyline Drive
Most people see the Shenandoah National Park by driving along the Skyline Drive. The views from the numerous turn outs off the Skyline Drive are wonderful. The keys to enjoying the drive are take your time and stop at all the turnoffs and enjoy the view. Most of the turn outs lead to trails. You don't havea to take a long hike on the trail, just a few hundred yards if often enough to get you off by yourself.

Because the park is less than 100 miles from Washington DC and the heavily populated regions of Virginia, the traffic, especially on fall weekend can be quite high. The fall colors are worth fighting the traffic and if you can manage to be on the Skyline drive in mid-week, the traffic is usually light. 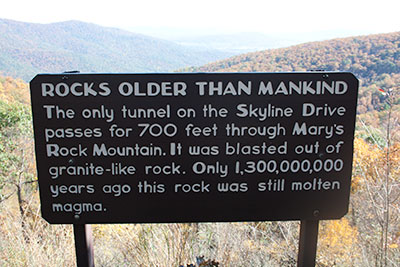 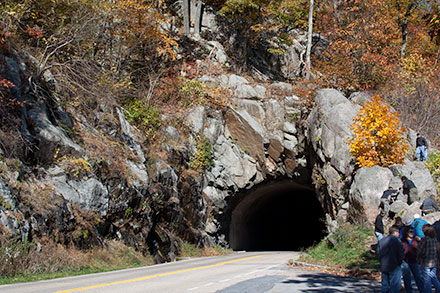 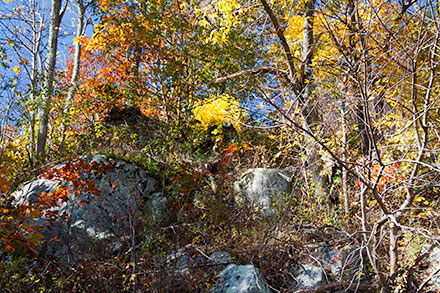 There is only one tunnel on the Skyline Drive, at Mary's Rock. The tunnel is 700 feet long. The area around the tunnel is worth exploring. There are interesting rocks and nice views.

The lodge at Big Meadows is worth stopping at. The main main lodge was built with stones cut from the Massanutten Mountain in 1939 by the CCC and mountain laborers. The large open meadow is pretty and provides some nice easy walks. 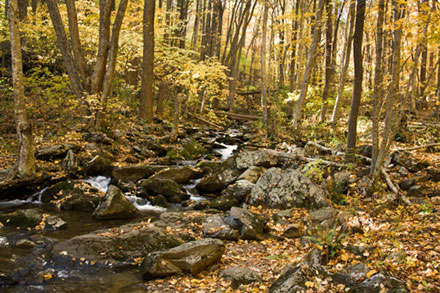 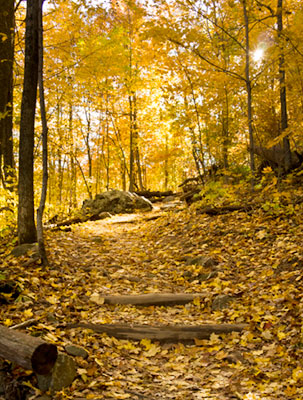 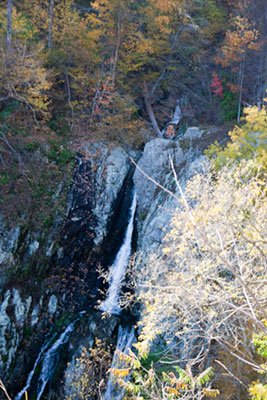 Almost every turn out on the Skyline Drive leads to an interesting hike of some kind. We found the hike to South River Falls especially nice. Parking for the falls is at mile 62.8. The hike is 2.6 miles round trip with an elevation gain of 850 feet. It's a fairly easy hike. The waterfall is 83 feet high and is the third highest in the Shenandoah National Park. When we were there in the fall of 2006 there wasn't much water in the falls. But it was still well worth the hike. 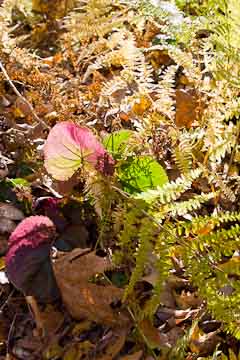