You are here: Travels with NessieTrip West Sioux City IA to Badlands

Across the Missouri River 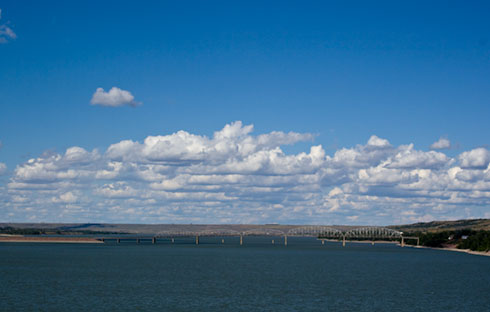 Across the Missouri River at Chamerlain South Dakota 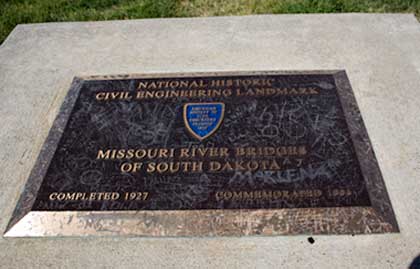 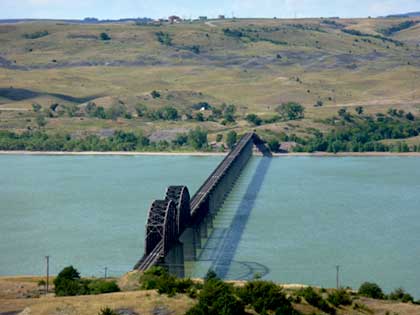 The Missouri River divides Western South Dakota from Eastern South Dakota. It was a serious barrier until the state decided to build several bridges across the river starting in the 1920s. This bridge at Chamerlain is the only one of the original bridges left. The others were replaced Corps of Engineers' projects made them unusable. A full story of the bridges can be found Oral History Project. An interesting railroad bridge is also here at Chamerlain. 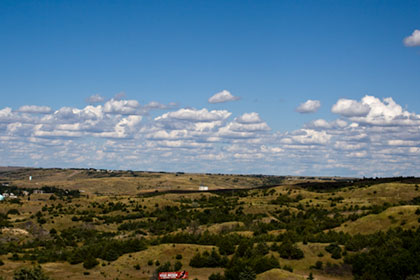 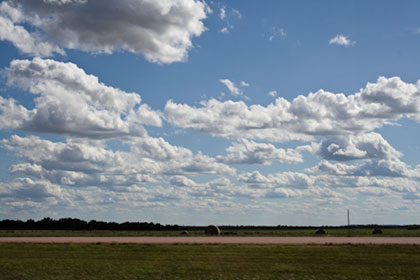 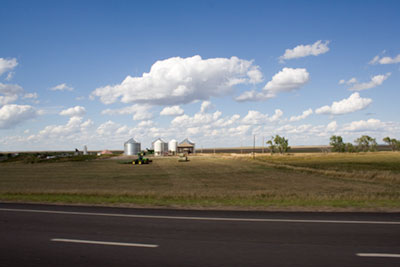 West of the Missouri River 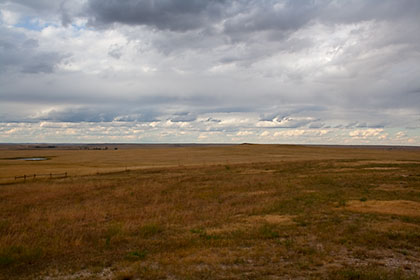 There is a beauty to the plains. They are not as spectacular as the mountains or the sea coast, but they are beautiful. The interplay of clouds, light,and land changes by the minute. When we were then in September, the ground cover had a strong red hue.

As we got closer to the Badlands National Park, we began to see the multilayers of erosion that typify the badlands. Cattle grazing made it look like something out of the old west. 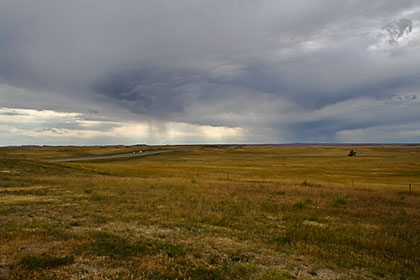 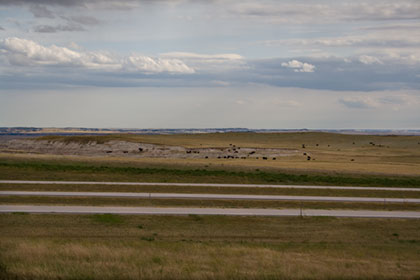