You are here: Travels with Nessie Trip WestSioux Falls 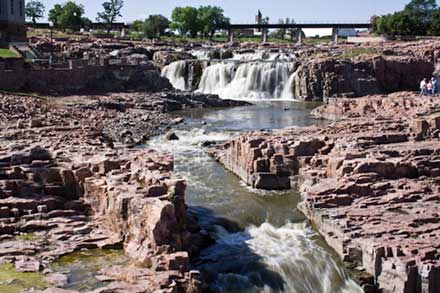 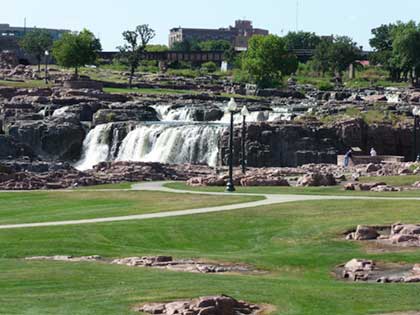 The very helpful lady at the South Dakota information center said we shouldn't miss the falls at Sioux Falls. So since we were running a little ahead of schedule; even with the stop at the Corn Palace; we decided to take her advice. 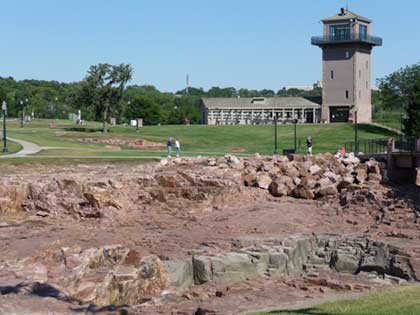 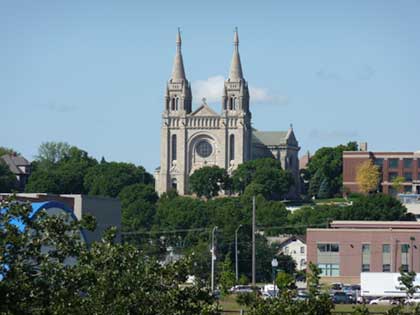 At one time the falls were used to generate power for the city of Sioux Falls. Now the entire area is a really nice park. There is a closed in viewing tower that provides a great view of the surrounding area. 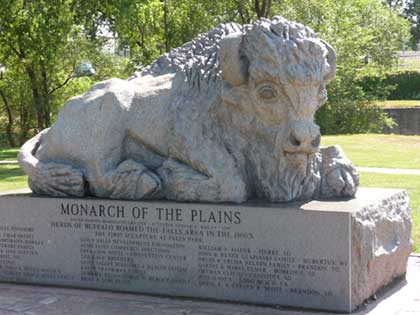 Monarch of the plains.

There are a few pieces of artwork scattered throughout the park. I especially liked the statue of the buffalo-Monarch of the Plains.

We spent a fair amount of time exploring the falls and the park. 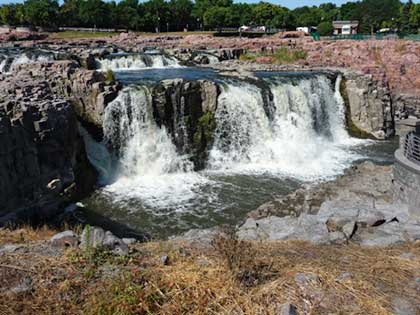