You are here: Travels with NessieTrip West On the Road Cody, WY to Yellowstone National Park

On the Road Cody, WY to Yellowstone National Park 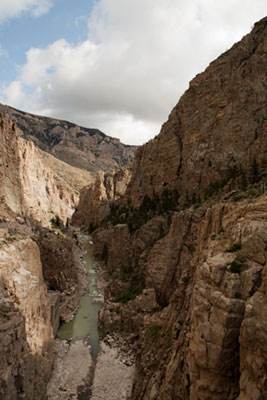 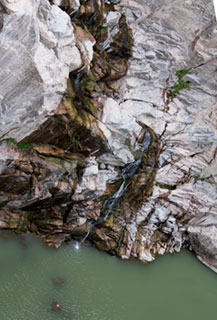 On our way from Cody, Wyoming to Yellowstone National Park, we passed the Buffalo Bill Dam and Lake. The dam blocks the Shoshone River before it enters Shoshone Canyon.

At the time it was completed in 1910, Buffalo Bill dam was the tallest dam in the world. The reservoir behind the dam is the source of the Shoshone Irrigation Project - one of the oldest reclamation projects in the U.S. It provides irrigation water for some of the most productive land in Wyoming. 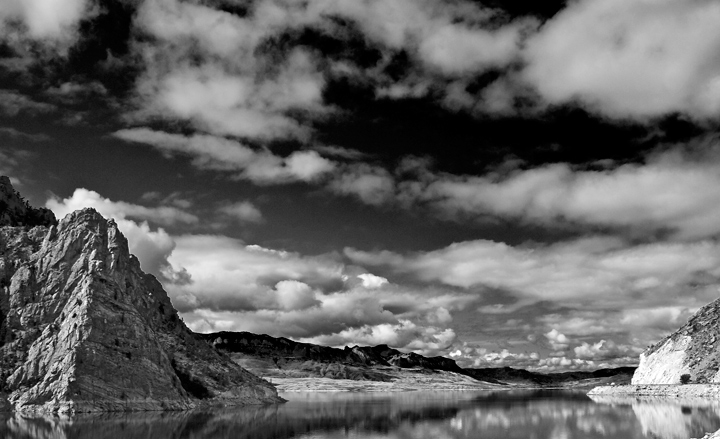 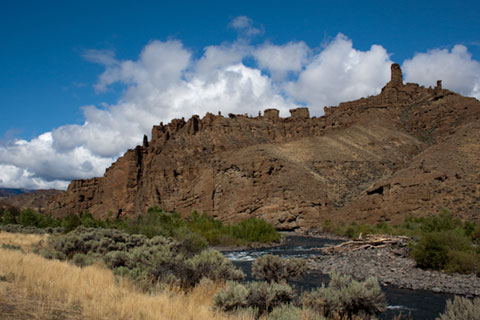 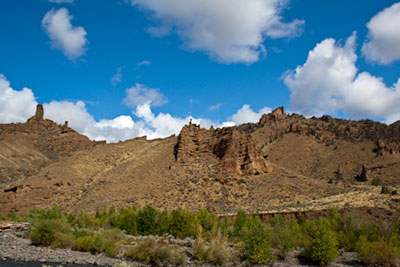 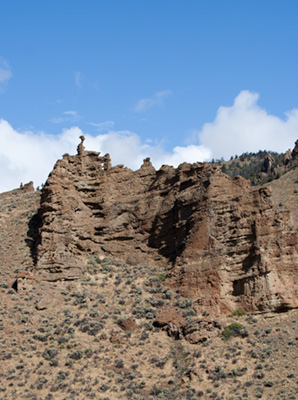 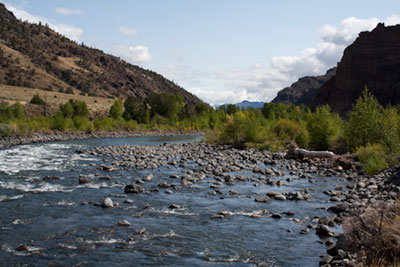 This rock formation is called the Holy City because it resembles a silhouette of the ancient city of Jerusalem. The formation was formed millions of years ago by volcanic activity and subsequent erosion of the volcanic rocks.

The formation is Approximately 8 miles west of Wapiti on U.S. Highway 14. The Highway 14 follows the North Fork of the Shoshone River for much of the time.