You are here Travels with NessieExploring NCShining Rock State Park 2010 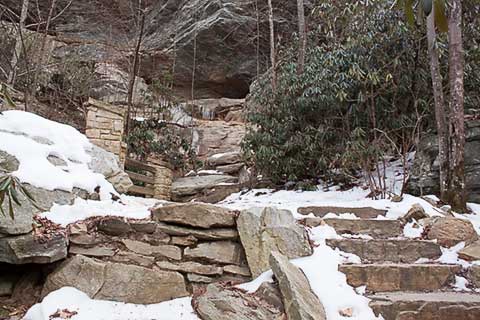 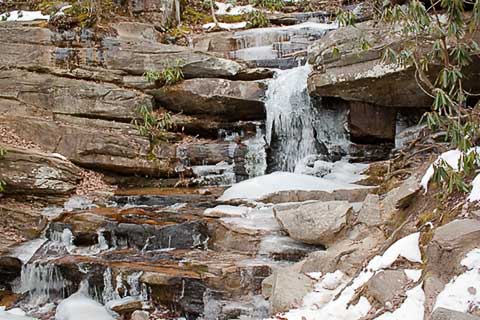 Hidden Falls is about a half a mile hike from the parking loat at the visitor center. The trail is well maintained.

It is not really hidden, it is just slightly off the main trail. It is a more of a series of small drops instead of a single long fall. The longest drop is about 10 feet. 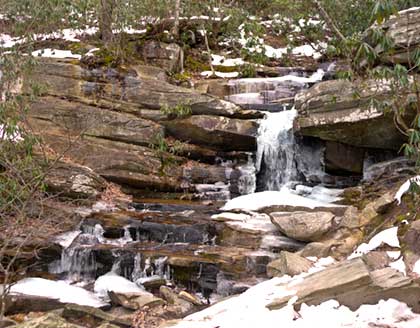 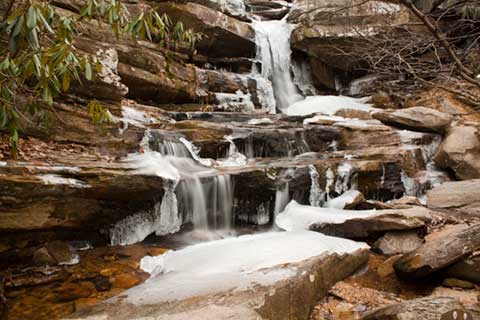 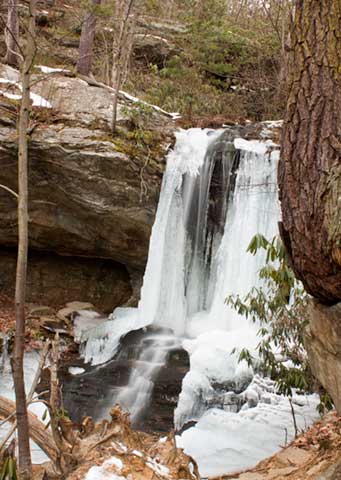 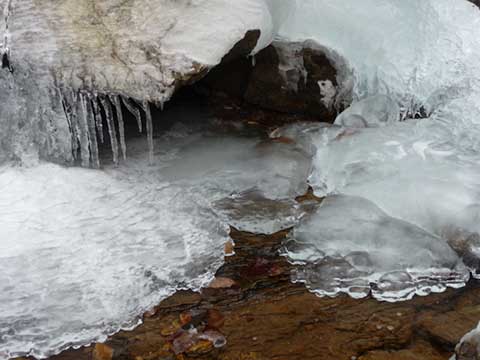 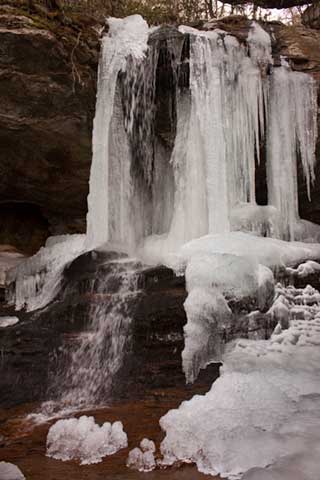 Window Falls is about a quarter of a mile down the trail from Hidden Falls. This is a larger falls than Hidden Falls and is worth the hike. The trail was in good shape. There were a few slick spots for packed snow and ice that required care. Access to areas of the falls off the trail was snow covered and too slick for us to try on this visit. This was especially true of the view of the falls through the window. It was much too dangerous to try to get to the window viewpoint.

There is another set of falls at the park, Cascade Falls, that we did not get to. We'll get to them next time.