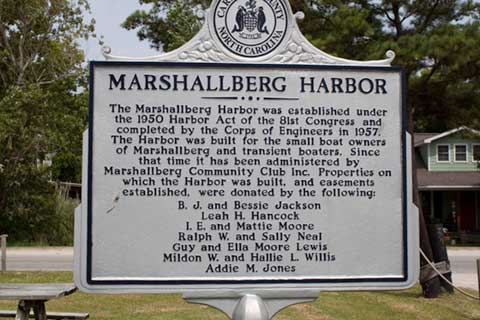 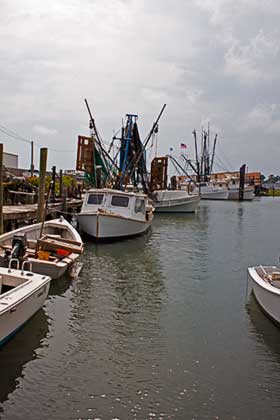 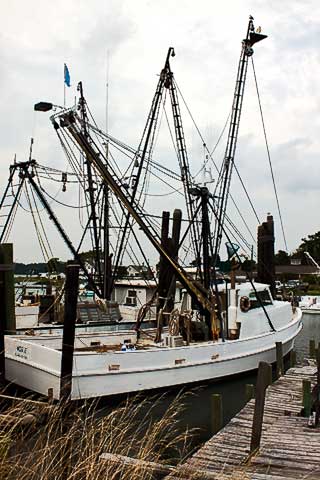 On our 2009 trip to the North Carolina Coast, we were looking for new places to paddle. We noticed that there was supposed to be a public launch site in the village of Marshallberg. We decided to investigate and see what was in Marshallberg. 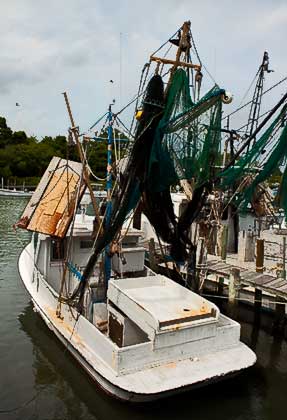 We found a small fishing village with a small harbor. There were a few boats in the harbor. Overall the harbor looked to be in poor repair. The docks leading to many of the boats were broken in spots. Most of the decks on the docks looked like they might break at any moment. The boats generally looked to be in good shape.

As we were driving into the village, we noticed several signs saying Save Marshallberg Harbor. As I was taking pictures of the boats, a gentleman drove up and told me the name of one of the boats. I asked him about the Save Marshallberg Harbor signs. He told me that there was a legal fight going on between some of the residences of Marshallberg about development and use of the harbor and adjoining property for condos and recreational/tourist use. The other group wanted to keep things the way they were--mainly for local fishing boats.

The whole dispute has been in court for several years with many thousands of dollars spent by both sides for lawyers. According the the gentleman I talked with a judge had decided in favor of the status quo but the decision was under appeal. I've tired to find the status of things but at least as of January 2010 I haven't found any information. 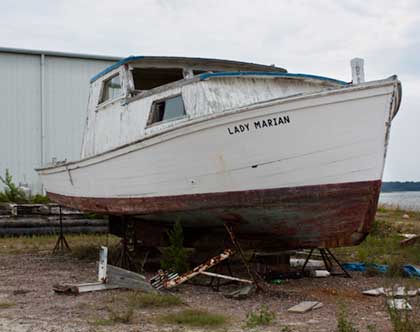 It's hard do decide who is right in this case. I suspect that we'll see this type of conflict more often as small towns and villages begin to develop--especially on the coast and in the mountains. Too bad. The time and money spent in fighting could be used in many more productive efforts.

I found a link that the NC Court of Appeals has ruled that Marshallberg Harbor is free and open to the public. I hope that the people in Marshallberg can now get together and forgive and forget.

It is interesting to find a small harbor of working boats. We didn't paddle here because we had more possible sites to visit. We'll probably get back in a year or so.

At the far end of the harbor, there is what looks like a large boat repair facility. It's not open to the public so we could not determine exactly what was there. All in all this is an interesting place.