You are here: Travels with Nessie Exploring US Marble, Colorado 1999 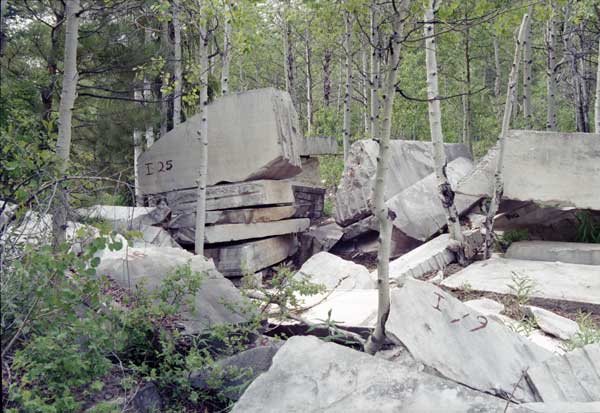 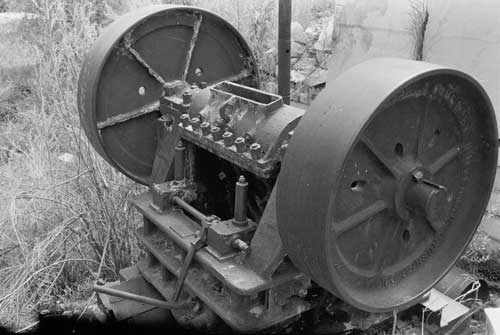 Marble, Colorado, was one of the favorite places to visit when I was growing up in the 1950s. It was interesting to see the old equipment there and my father expained what the various items were used from. I hadn't been back to visit for many years when we stopped there for a short look in 1999. Not too much had appeared to have changed in over 50 years. There was still lots of marble blocks laying around. Old rusty machines were still rusting away.

The marble in Marble comes from the Yule Quarry in Yule Creek. The Yule Creek Quarry provided Marble for theLincoln Memorial in 1916 and the Tomb of the Unknown Soldier at Arlington National Cemetery. The quarry closed in 1941 and reopend in 1990 and in 1999 provide marble for the national cemetery headstones.

The current production from the quarry is exported to Italy or other European/Asian countries. 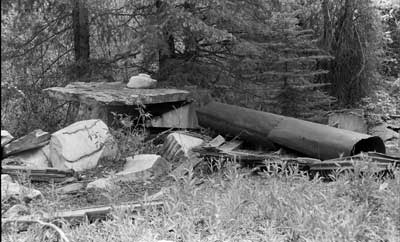 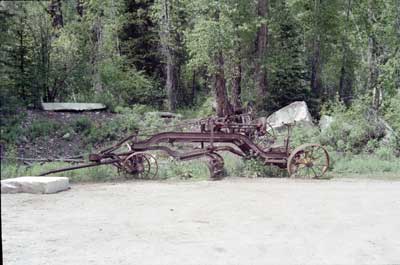 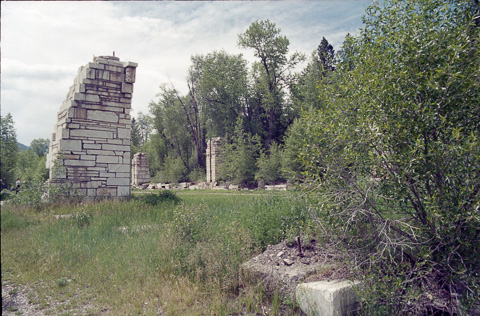